The unnamed official said that the package would include "a battalion size number of tanks," which would consist from 30-50 machines, as cited by the news agency. 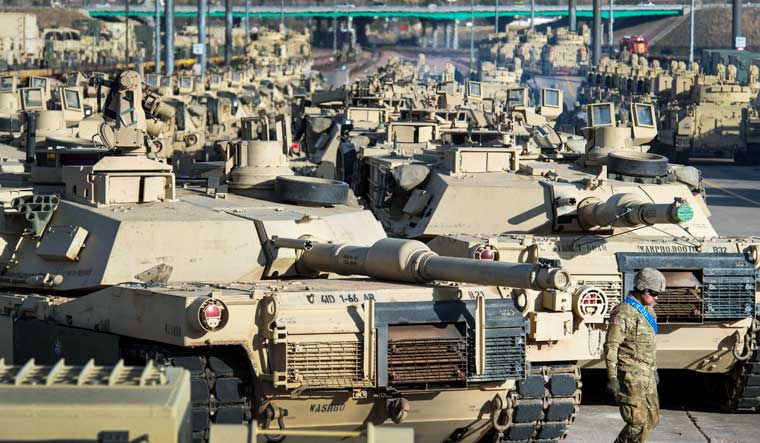 Washington:The United States may send up to 50 M1 Abrams heavy tanks to Ukraine, with the decision likely to be announced on Wednesday, Turkish news agency Anadolu reported, citing a US official.

The unnamed official said that the package would include “a battalion size number of tanks,” which would consist from 30-50 machines, as cited by the news agency.

On Tuesday, media reported that Washington could announce as early as this week the delivery of a “significant number” of the M1 Abrams tanks to Ukraine. The announcement reportedly would be part of a broader deal with Germany, which would pledge to supply a small number of its Leopard 2 tanks to Ukraine as well.

Ukraine has requested at least 300 battle tanks from its Western donors, considering them a game changer in the conflict with Russia.

Abrams tanks are complicated vehicles that require proper maintenance and sustainment, Pentagon Press Secretary Pat Ryder said. Ryder declined to comment on Tuesday on how training on the Abrams tanks would work should the US decide to provide them.

Western countries ramped up their military support for Ukraine after Russia launched a special military operation there on February 24, 2022, responding to calls for help from the breakaway republics of Donetsk and Luhansk. In April, Moscow sent a note to NATO member states condemning their military assistance to Kiev. Russian Foreign Minister Sergey Lavrov warned that any arms shipments on Ukrainian territory would be “legitimate targets” for Russian forces.