US has no attribution for cyberattack on Ukraine at this time

A number of Ukrainian government websites, including the one belonging to the Ministry of Foreign Affairs, were attacked by unknown hackers on Friday. 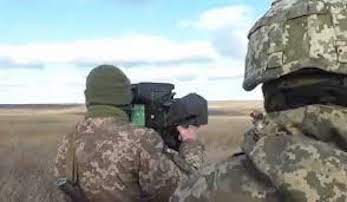 Washington: The United States has not yet attributed the cyberattack on Ukraine and has offered to help investigate the attack which was limited in scope, a senior Biden administration official said during a press briefing.

“We don’t have an attribution at this time. We are in touch with Ukrainian and we’ve offered our support as Ukraine investigates the impact and recovers from the incident,” the official said on Friday. “While we continue to assess the impact with Ukrainians, it seems limited so far, with multiple websites coming back online.”

A number of Ukrainian government websites, including the one belonging to the Ministry of Foreign Affairs, were attacked by unknown hackers on Friday. A message in three languages appeared on the pages of the sites stating that all the personal data of Ukrainians was uploaded into the Internet.