‘US embassy in Moscow notified on launch of probe against Meta’

In a recent update, Meta allowed publication of calls for violence against Russian soldiers and Russians on its social media platforms in the context of the military operation in Ukraine. 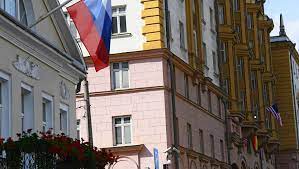 Moscow: The Russian Foreign Ministry handed over to the US Embassy in Moscow a note on the launch of criminal proceedings against American technology company Meta, which owns Facebook, WhatsApp and Instagram, on March 11, Russian Deputy Foreign Minister Sergey Ryabkov said on Saturday.

“Regarding the question of Facebook and the Meta company. I want to say that yesterday a note was sent to the American embassy that a case will be opened under Article 280 against the leadership of this company and those who allow the dissemination of this kind of absolutely criminal and unacceptable (even by ethical standards of the United States) messages,” Ryabkov told Russian broadcaster Channel One.

In a recent update, Meta allowed publication of calls for violence against Russian soldiers and Russians on its social media platforms in the context of the military operation in Ukraine.

The company noted that it would not allow credible calls for violence against Russian civilians, and the overall policy would apply only in Ukraine. On Friday, the Russian Prosecutor General’s Office asked a court to recognize Meta as an extremist organization and ban its activities in Russia.