US could evacuate about 100,000 people from Afghanistan by end of week: Pentagon

Over 21,000 individuals have been evacuated from Afghanistan in the last 24 hours. 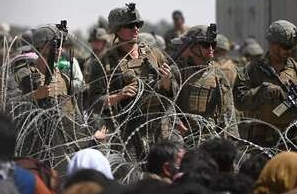 Washington: The US military could evacuate approximately 100,000 people from Afghanistan by the end of the week if they are able to maintain the pace of the last several days, Pentagon spokesperson John Kirby said during a press briefing on Tuesday.

“That’s definitely the plan,” Kirby said in response to a question about whether the Defense Department believes it can continue evacuating about 20,000 people a day, totalling roughly 100,000 possible evacuees by the end of the week.

Kirby added that the throughput is a function of many factors including weather, but that the Defense Department plans on continuing this pace as aggressively as it can. Over 21,000 individuals have been evacuated from Afghanistan in the last 24 hours.