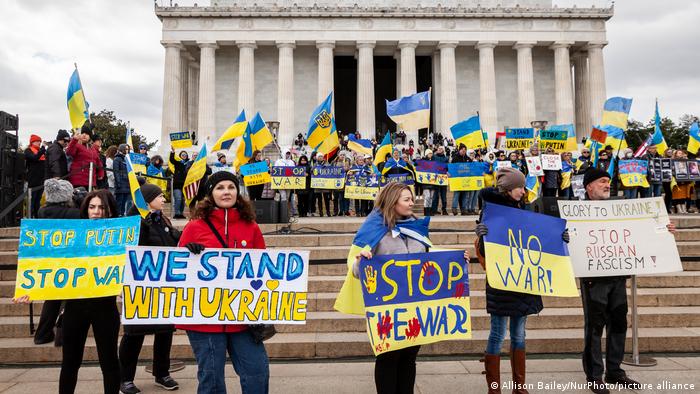 Washington: The US Congress through bipartisan support approved a gargantuan $40 billion aid package for Ukraine to help fight Russia’s invasion even as President Joe Biden rallied behind the historic NATO membership bids of Sweden and Finland, The Kahleej Times reported on Friday.

The Senate passed the package by a vote of 86-11, despite one of the senator’s briefly holding up the vote, voicing alarm on the costs, and claiming that the future of American security and core strategic interests will be shaped by the outcome of this fight.

Around $9 billion is set aside to help Ukraine ensure “continuity of government” as well to carry out humanitarian aid.

This new package comes in addition to the one worth $ 14 billion already approved by the Congress in mid-March, weeks after Russian President Vladimir Putin launched his military operation in Ukraine, but most of that has been spent.

Shortly after the vote, Secretary of State Antony Blinken released another $100 million in previously approved funding for Ukraine.

According to Pentagon spokesman John Kirby, the funding will include 18 new howitzers and some counter-artillery radar.

As it is clear now that the Russian forces have given up on seizing Kyiv and have instead stepped up fighting in eastern and southern Ukraine, Biden has been calling for another round of financial support, and at the White House, he offered a red-carpet welcome to the leaders of Finland and Sweden days after they applied for NATO membership in the wake of Russia’s invasion, saying that they meet every NATO requirement.

Sweden and Finland have historically kept a distance from Nato as part of long standing policies aimed at avoiding angering Russia but they shifted amid shock over the invasion of Ukraine, which has sought unsuccessfully to join the alliance.