UPTET 2021: CM invokes Gangster Act and NSA on those involved in paper-leak

Sending across a note of warning to all those who tend to vitiate the transparent recruitment process, the CM asserted that “If someone is trying to play with the life of youth, then he should be aware of the consequences. Be it a job or any test, utmost transparency must be maintained. 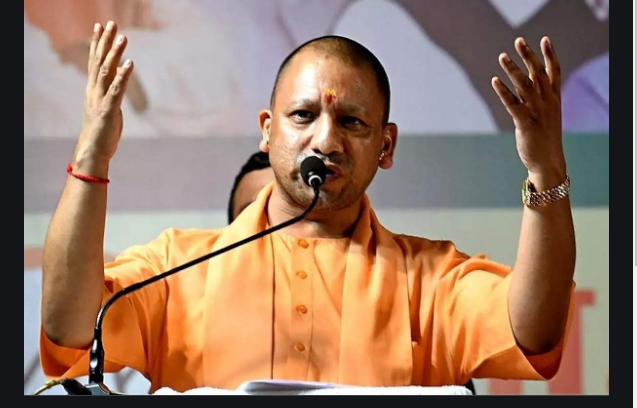 Deoria: Asserting that maintain ‘transparency’ and ‘fairness’ in recruitments in the state, UP Chief Minister Yogi Aditynath on Sunday announced to invoke Gangster and NSA against those involved in the UP TET-2021 paper-leak.

“Those who are involved in this misdeed must know that a case is being registered against them under Gangster Act and their property will be confiscated along with imposition of National Security Act,” said the CM while addressing a public gathering in Deoria.

Sending across a note of warning to all those who tend to vitiate the transparent recruitment process, the CM asserted that “If someone is trying to play with the life of youth, then he should be aware of the consequences. Be it a job or any test, utmost transparency must be maintained.

The current government has given government jobs to more than 4.5 lakh youths in Uttar Pradesh with full transparency and the process will be continued further, added the CM.

Meanwhile, the CM also assured that the exam will be re-conducted in a transparent manner within a month. No extra fee will be taken from any examinee and also the government will arrange for their free movement through UPSRTC buses.

After the paper leak, the state government has cancelled the Uttar Pradesh Teacher Eligibility Test (UPTET) 2021 exam and announced to conduct it in a month. The government has made it clear that the examinees will not have to fill any form and submit application fees.

“UPTET 2021 examination scheduled to be held today stands cancelled due to paper leak. Dozens of suspects were detained by STF in the paper leak case, the investigation is on. UP government will conduct the exam again within a month,” Uttar Pradesh Additional Director General of Police (ADG), Law and Order, Prashant Kumar said.

Taking swift action, the Special Task Force (STF) of the UP Police arrested around 23 suspects from different cities- four from Lucknow, three from Meerut, two from Varanasi, and Gorakhpur have been apprehended. One person has been arrested from Kaushambi and 13 from Prayagraj, ADG said.

The government has also made arrangements that examinees returning to their homes will not have to pay for the bus expenses. They will get the free facility in UPSRTC buses on showing the admit cards.

The Uttar Pradesh Basic Education Board (UPBEB) will conduct the UPTET exam again after one month. The government will bear the entire expenditure on the re-examination, informed ACS UPBEB, Deepak Kumar. The UPBEB has further notified that candidates will not have to pay any fees again for the exam. The exact date of the UPTET exam will be notified in due course of time.