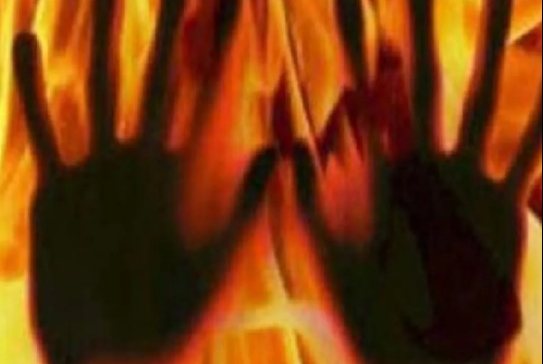 Kushinagar (UP): A man immolated his wife and two children in the Kaptanganj area of the district here in Uttar Pradesh, police sources said here on Friday.

Police sources said Ramsamujh, a resident of Fard Mundera village, worked as a daily wager. “He lived with his wife Subhawati Devi (32), daughter Muskaan (10), and Karan (4) in a one-room house,” they said.

Police sources said after hearing the cries the neighbors rushed to the spot and extinguished the fire. “Subhawati and her children were taken to Gorakhpur medical college, where Subhawati died,” they said.