UP: 5 of family killed after car rams into bike

Five members of the family were riding on a motorcycle 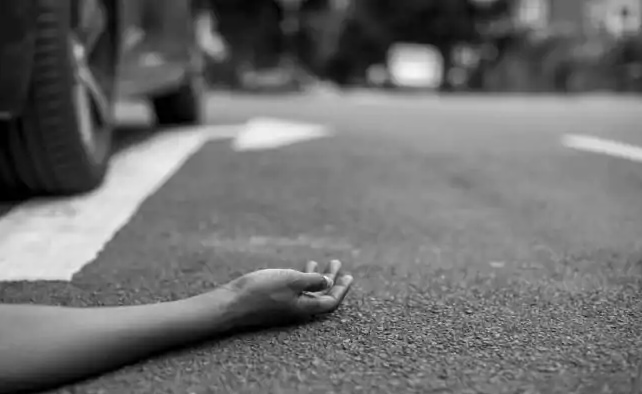 Sambhal: Five members of the family, including two infants, were killed when the motorcycle they were riding was hit by a speeding car near Junwai village under Gunnaur Kotwali area, here on Wednesday.
Police here said that a youth was riding the bike along with his wife, his father and his infant children.

Vipnesh (22), a resident of village Umra in Gunnaur Kotwali area, had gone to the weekly market of village Koliai in Sahaswan area of ​​district Badaun along with his wife Preeti (22), two infant children aged four and a one and a- half year and father Ramniwas (55). After buying two small goats from there, all the people were returning on the bike with both the goats.

The bike collided with a car coming from the opposite direction on the contact road going from Meerut-Badaun State Highway to village Kadarabad. In the accident, a goat also died on the spot. The injured were taken to CHC Gunnaur.

Ram Niwas and both the infant children died on the spot.

Doctors referred Vipnesh and Preeti to the district hospital. There the doctors declared both of them dead. After the accident, the accused driver fled from the spot leaving the car. The police have seized the vehicle.