During his two-day visit starting May 21, the Union Home Minister will attend the Golden Jubilee celebration of Ramakrishna Mission School, Narottam Nagar at Deomali in Tirap district 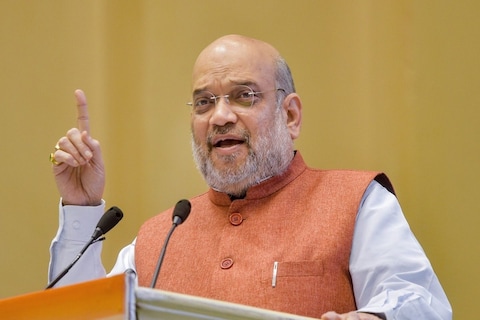 Itanagar: Union Home Minister Amit Shah will be arriving in Arunachal Pradesh on Saturday next on his maiden two-day official visit to the frontier state to attend a number of official events, official sources said on Tuesday.

During his two-day visit starting May 21, the Union Home Minister will attend the Golden Jubilee celebration of Ramakrishna Mission School, Narottam Nagar at Deomali in Tirap district and lay the foundation of 51-feet statue of Bhagwan Parshuram at the historic pilgrimage centre, Parshuram Kund, near Wakro in Lohit district.

On Sunday, he will attend local programme at Namsai before departing for Dibrugarh in Assam for his onward air travel to the national capital, sources said.

Meanwhile, Arunachal Pradesh Deputy Chief Minister Chowna Mein today reviewed the arrangements being made for the maiden visit of the Union Home Minister.

Taking to his Twitter handle, the Deputy Chief Minister wrote: “Inspected the arrangement for the maiden visit of Union Home Minister@AmitShah ji to Parshuram Kund. On his 2 days visit to Arunachal on 21-22 May, he’ll attend 50 years completion of RK Mission School at Deomali & lay foundation of 51ft statue of Bhagwan Parshuram.”

On the other hand, the students and school authority of RK Mission School, Narottam Nagar are also putting their all-out efforts to make the ensuing Golden Jubilee celebration a grand success.

“Arrangements for the Golden Jubilee Celebration of Ramakrishna Mission, Narottam Nagar is in progress. Vivek Vahini (students of primary, middle and secondary sections) are also participating for the preparation in different sectors, like, cleaning the premises, Installing the flag poles in and around the campus , decorating with thermocol crafts, enlisting allotted rooms for the guests, etc. under the supervision of teachers, wardens, monks and non-teaching staffs,” read a FB post from Ramakrishna Mission Narottam Nagar.