The last age of the Holocene began 4,200 years ago during a worldwide megadrought, and it has been named the ‘Meghalayan Age’. 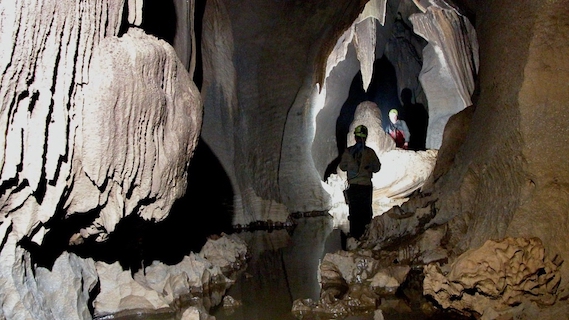 Shillong: The International Union of Geological Sciences (IUGS) has selected Mawmluh Cave locally know as Krem Mawmluh in Meghalaya as one of the first 100 IUGS Geological Sites in the world.

“Mawmluh Cave in Sohra, Meghalaya known for the ‘Meghalayan Age’ has been selected by @theIUGS(@UNESCO) as one of the ‘FIRST 100 IUGS GEOLOGICAL SITES’ in the world,” Chief Minister Conrad Sangma tweeted on Saturday.

Mawmluh Cave is located in Sohra, known to the outside world Cherrapunjee, the wettest place on earth as ‘Meghalayan Age’ after a team of geologists defined the last 4,200 years as a new chapter in Earth’s history, after analysing stalagmites inside the cave.

The last age of the Holocene began 4,200 years ago during a worldwide megadrought, and it has been named the ‘Meghalayan Age’. The megadrought at the beginning of the Meghalayan was a very disruptive climatic event that lasted for around 200 years, which in turn led to extensive human migration in areas such as Egypt, Mesopotamia, the Indus River Valley, and the Yangtze River Valley.

Geological evidence of the megadrought at the onset of the Meghalayan can be found on all seven continents. Key data for the timing of the new age were derived from a stalagmite growing in Mawmluh Cave in Meghalaya.