“We have just seen the video coming from this, and this is very shocking to us,” Haq said in a press briefing. 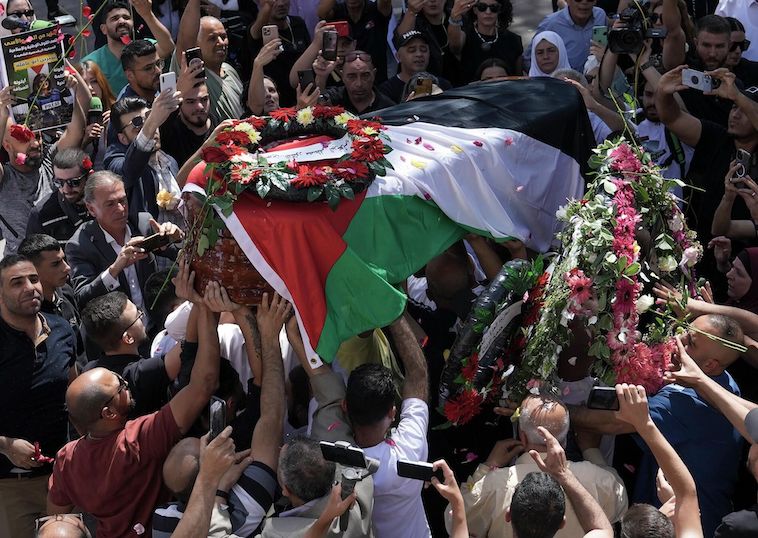 United Nations: The United Nations is aware of “shocking” video showing violence during the funeral of Al Jazeera journalist Shireen Abu Akleh in Jerusalem and calls on the Israeli government to protect freedom of peaceful assembly, UN spokesperson Farhan Haq said on Friday.

“We have just seen the video coming from this, and this is very shocking to us,” Haq said in a press briefing.

Israeli forces fatally shot reporter Shireen Abu Akleh and injured another employee as the two were covering the government forces’ raids in the West Bank city of Jenin, media reported on Wednesday.

The video showed violence erupting during Akleh’s funeral in Jerusalem when the Israeli police charged the crowd carrying her coffin.
Haq said the United Nations will try to gather more information about the incident.

“Clearly, as in all cases, we want to make sure that the basic rights to freedom of assembly, and of course the right to freedom of peaceful demonstration are protected and upheld,” he said.

No country can attack or kill journalists and those who are responsible for such actions need to be brought to account, Haq added.