On Tuesday, the Ethiopian government declared a national state of emergency as part of measures to protect the population from the advance of the Tigray People's Liberation Front (TPLF). 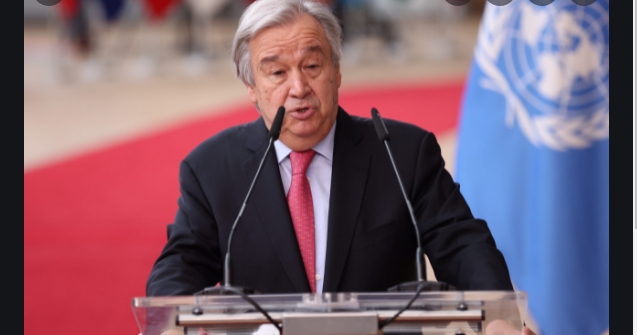 Addis Ababa: UN Secretary-General Antonio Guterres has voiced concern over the recent escalation of tensions in the northern Ethiopian region of Tigray.

“Very concerned about the evolution of the situation in Ethiopia, I just spoke to [Ethiopian Prime Minister] @AbiyAhmedAli to offer my good offices to create the conditions for dialogue so the fighting stops. We also discussed the upcoming visit by @UNReliefChief to Ethiopia to ensure humanitarian assistance for those who desperately need life-saving aid,” Guterres wrote on his Twitter page on late Wednesday.

On Tuesday, the Ethiopian government declared a national state of emergency as part of measures to protect the population from the advance of the Tigray People’s Liberation Front (TPLF).

The Ethiopian government and TPLF rebels have been engaged in year-long hostilities over control of the northern part of the country.

The rebels are now moving southward and took control of the town of Kombolcha on October 31, less than 370 kilometers (230 miles) north of Addis Ababa. The authorities have called on the Addis Ababa residents to use weapons to defend their neighborhoods.