The UN chief added that the organization was "actively engaging all sides [to the conflict] towards an immediate ceasefire." 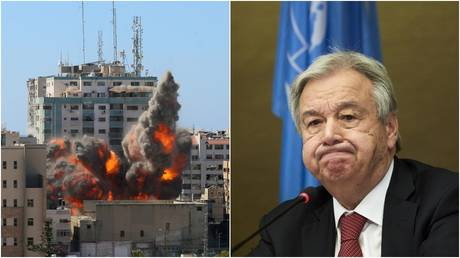 “Fighting must stop. It must stop immediately. Rockets and mortars on one side and aerial and artillery bombardments on the other must stop. I appeal to all parties to heed this call,” Guterres said during opening remarks to a UN Security Council meeting on the situation in the Middle East.

The UN chief added that the organization was “actively engaging all sides [to the conflict] towards an immediate ceasefire.”

“It [the fighting] has the potential to unleash an uncontainable security and humanitarian crisis and to further foster extremism, not only in the Occupied Palestinian Territory and Israel, but in the region as a whole, potentially creating a new locus of dangerous instability,” he added.