UK seeks to soften lectures on colonialism for employees

An unnamed academic told the Guardian that public officials were "reluctant to engage with Britain's violent past as a colonial power" and sought to create such lectures that would not make its employees feel "browbeaten." 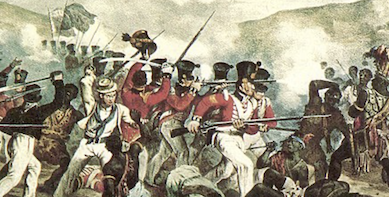 London: The UK Home Office has tried to soften a course on British history for its staff by removing materials deemed too controversial from a module on race, empire and colonialism, the Guardian reported on Friday, citing developers of lectures.

As a result, the launch of the course, which was scheduled for June 2021, has not yet taken place due to debates on the issue, the newspaper reported.

An unnamed academic told the Guardian that public officials were “reluctant to engage with Britain’s violent past as a colonial power” and sought to create such lectures that would not make its employees feel “browbeaten.”

Professor Jason Arday, a sociologist at the University of Glasgow, expressed his deep concerns over the changes to the module.

“There seemed to be a reluctance to fully engage with how bad Britain has been in terms of its role in upholding empire and its subsequent hangover. It felt as though the material had been sanitized by civil servants and parliamentarians who did not want to engage with the crux of racism. I felt like we were being asked to engage in historical amnesia,” Arday was quoted as saying by the news outlet.

A Home Office spokesperson told the media outlet that the course was then expected to be launched later in 2022. It will reportedly consist of video lectures, podcasts and online lessons.

The UK Home Office instructed several national universities to develop the course of colonial history for its employees after an independent report indicated that “institutional ignorance and thoughtlessness” of public officials had partially prompted the Windrush scandal, in which thousands of individuals were mistaken for illegal migrants, wrongly detained and threatened with deportation by the department.