Speaking to BBC, the minister said, "The question is, is it acceptable for our weapons to be used against legitimate Russian military targets by the Ukrainians? 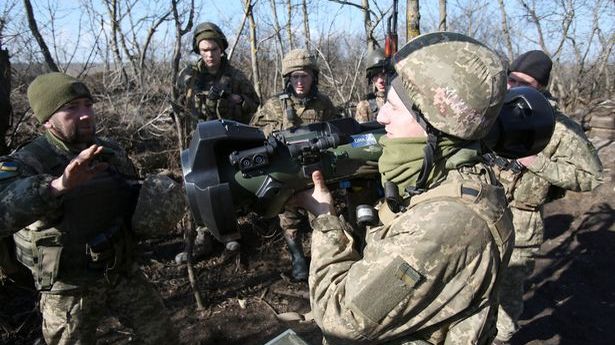 Speaking to BBC, the minister said, “The question is, is it acceptable for our weapons to be used against legitimate Russian military targets by the Ukrainians?

“Firstly, it’s Ukrainians that take the targeting decision, not the people who manufacture or export the kit in the first place. And secondly, it is entirely legitimate to go after targets in the depth of your opponents to disrupt their logistics and supply lines.”

This comes a day after a large fire occurred at an oil storage facility in Russia’s Bryansk city. He further said, “Just as, to be frank, providing the Russians don’t target civilians which unfortunately they’ve not taken too much regard for thus far, it’s perfectly legitimate for them to be striking targets in Western Ukraine to disrupt Ukrainian supply lines.

“That is very much a part of war and the Russians and Ukrainians are quite legitimate in going after those targets.”

Earlier, the Russian defence ministry claimed that it killed 500 Ukrainian soldiers overnight after its air force hit 87 military targets in Ukraine, BBC reported. Two arms depots in Kharkiv were among the targets.

Meanwhile, the Ukrainian Armed Forces said that the Russian soldiers have continued to block Ukrainian units at the Azovstal plant in Mariupol.