Dr Al Marzooqi said the UAE mission was in close contact with ispace regarding the readiness of the lander and plans to launch the mission as scheduled. 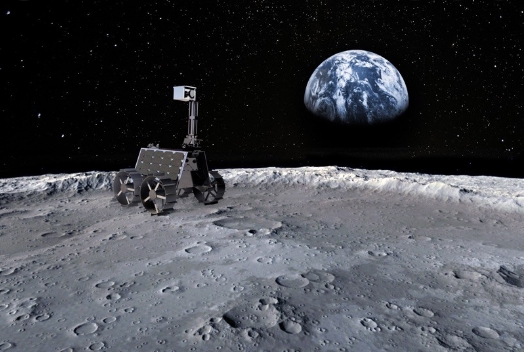 Dubai: United Arab Emirate engineers are to begin assembling and testing the final version of the lunar rover set to land on the Moon’s surface next year.

A prototype of the Rashid rover was on display at the Dubai Airshow on Sunday.

The rover will be carried to the Moon onboard a lander being built by Japanese company ispace, The National reported.

The mission will launch on a SpaceX Falcon 9 rocket next year.
Dr Hamad Al Marzooqi, project manager of the Emirates Lunar Mission, said the deadline to deliver the final version of the rover – called the flight model – to space in April.

“This model gave us the green light to start manufacturing, integrating and testing the flight model. This will start by mid-December,” he told The National daily at the airshow.

“We’ve already received a lot of components for the flight model and the integration and testing will start next month and will last from the end of March to mid-April.

“Then, we’ll finish in order to ship the flight model to the integration facility of the lander.”

A growing number of private companies are looking to carry out missions to the Moon’s surface, helping them win contracts with government-run space agencies.

Dr Al Marzooqi said the UAE mission was in close contact with ispace regarding the readiness of the lander and plans to launch the mission as scheduled.

Mission staff are already working on another rover as a back-up and for use in the UAE’s long-term Moon exploration efforts, he said.

The Mohammed bin Rashid Space Centre was mandated by the UAE government to carry out a lunar landing by 2024, but the centre secured an earlier flight through ispace.

“But landing on the surface of the Moon is something very risky – even very advanced institutional agencies cannot guarantee success for landing and we have seen failures in the past couple of years.”
Only the US, the former Soviet Union and China have carried out successful Moon landings.

In the early space exploration era, there was a high rate of failure, especially by the former Soviet Union.

In 2019, India’s Vikram lander crashed on the lunar surface owing to a software glitch. Israel’s Beresheet spacecraft crashed on the surface the same year.