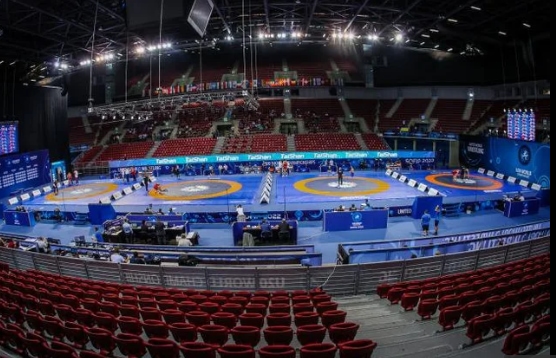 With 112 points India finish third in the freestyle team ranking behind Iran (159) and the USA (132) on Wednesday. This is India’s best result at Junior Worlds. India finished fifth with 101 points in 2021.

Gaikwad lost the final to Iran’s Amirreza Fardin Masoumi Valadi via technical superiority (13-2). It was India’s first silver medal at the ongoing championships.

Gaikwad, who is a junior Asian championship silver medallist, registered a close 6-4 win over under-23 European championships bronze medallist Adil Misirci of Turkey in the quarterfinals.

The Maharashtra-based Indian wrestler then beat Namoz Abdurashidov of Uzbekistan 6-0 in the semifinal to enter the 125kg final.

Besides, Mohit Kumar (61kg) and Sagar Jaglan (74kg) won a bronze each on Wednesday.

Mohit Kumar started well with two technical superiority and defeated U20 Asian championships bronze medallist Maiis Aliyev of Kazakhstan 10-4 in the quarterfinals. However, he lost to the eventual champion Yuto Nishiuchi of Japan in the semifinals on points 8-16.

Jaglan staged an upset by defeating the reigning U20 Asian champion Erfan Mohammad Elahi of Iran 10-5 in the quarterfinals before going down to Ryunosuke Kamiya of Japan 2-9 in the semifinal.

Jaglan, who won the gold in the 2021 Cadet worlds while competing in the 80kg category, blanked Kazakhstan’s Iliyas Yerbolatov by technical superiority (10-0) to claim the bronze.