He also highlighted the initiatives of the government aimed at facilitating the Indian diaspora and bringing them closer to India. 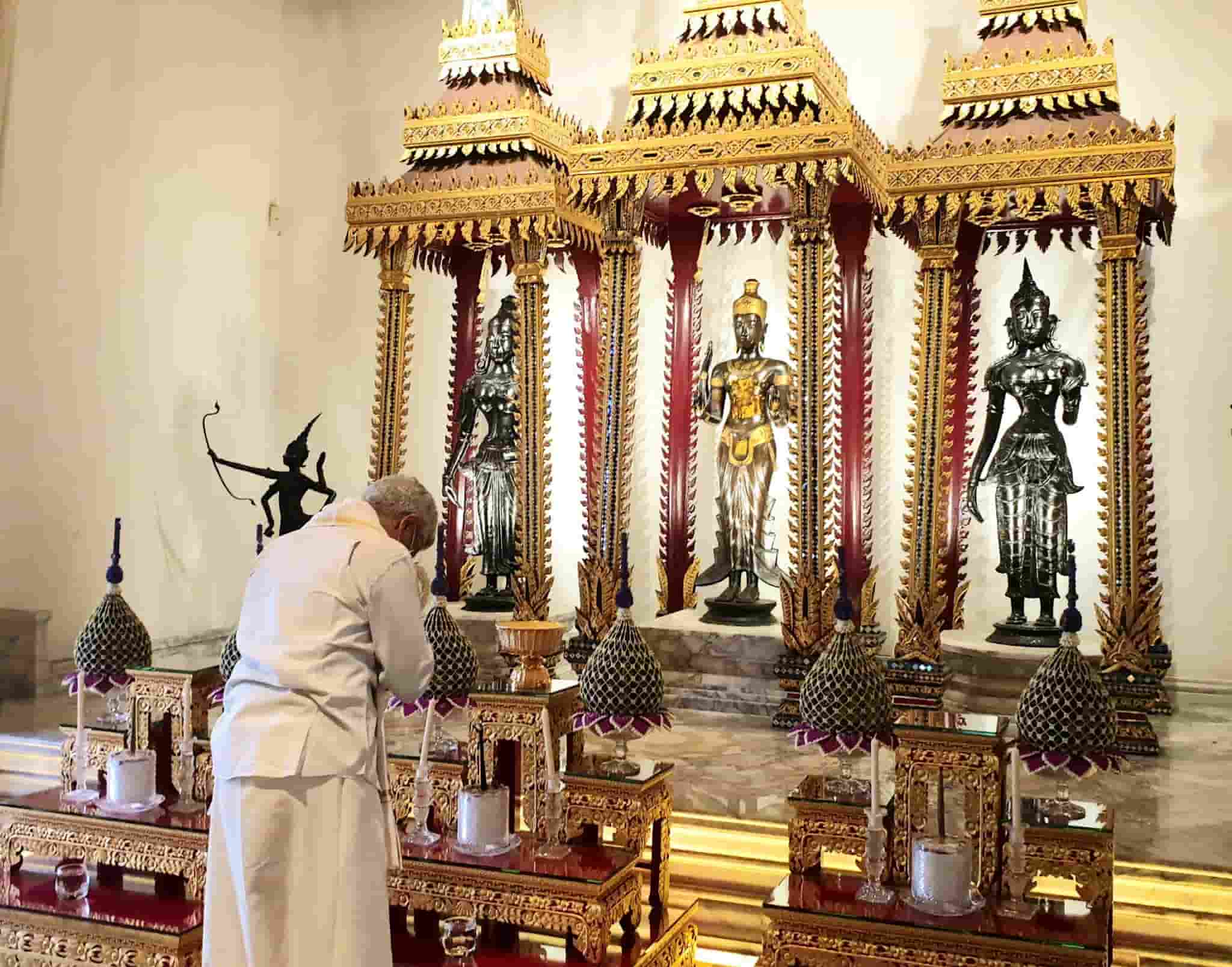 New Delhi: External Affairs Minister Dr S Jaishankar on Thursday offered prayers at a Hindu temple during his visit to Bangkok and highlighted the “shared religious and cultural traditions” of the two countries.

The Minister has been on an official visit to Bangkok from 16-18 August to co-chair the 9th Meeting of India-Thailand Joint Commission (JCM) with Deputy Prime Minister and Minister of Foreign Affairs of the Kingdom of Thailand Don Pramudwinai.

“Offered prayers this morning at the Devasthana of Bangkok. Received the blessings of Phra Maharajaguru Vidhi. Underlines our shared religious and cultural traditions,” Jaishankar said in a tweet.

“The JCM was held in a cordial and friendly atmosphere. Both Ministers discussed wide-ranging issues of mutual interest and reviewed the progress made in various areas, including political, defense and security, economic and commercial, connectivity, cultural, tourism, and people-to-people ties,” the Ministry of External Affairs said.

The Ministers welcomed the ongoing activities to celebrate the historic occasion of the 75th anniversary of the establishment of diplomatic relations between India and Thailand.

Both sides also exchanged views on regional and multilateral issues of mutual interest and reiterated their commitment to further strengthen the multi-dimensional partnership that exists between the two countries.

The JCM was preceded by the Senior Officials Meeting (SOM) held on August 16 where the two sides held detailed discussions on various areas of bilateral cooperation along with regional and multilateral issues.

The Minister also invited the Indian community in Thailand to contribute actively to forging strong economic and commercial ties along with cultural and people-to-people exchanges between the two countries.

He also highlighted the initiatives of the government aimed at facilitating the Indian diaspora and bringing them closer to India.

The Minister also congratulated the Thai Prime Minister on the occasion of the 75th anniversary of the establishment of India-Thailand diplomatic relations and apprised him of the progress in bilateral and multilateral cooperation. They also exchanged views on the key regional and global developments.

Dr Jaishankar delivered a public talk on “India’s Vision of the Indo-Pacific” at the prestigious Chulalongkorn University in Bangkok.

The talk was well attended by members of Thai academia including researchers, scholars, think tanks, and students. The talk was followed by a Question and Answer session.

During the visit of the Minister to Thailand, he along with Thailand’s DPM and Foreign Minister signed the Agreed Minutes of JCM, which will guide the further course of bilateral relations.