The fund official said it had been working with Larry Fink, the chairman of investment giant BlackRock, and hopes to gain the support of sovereign wealth funds and other professional investors. 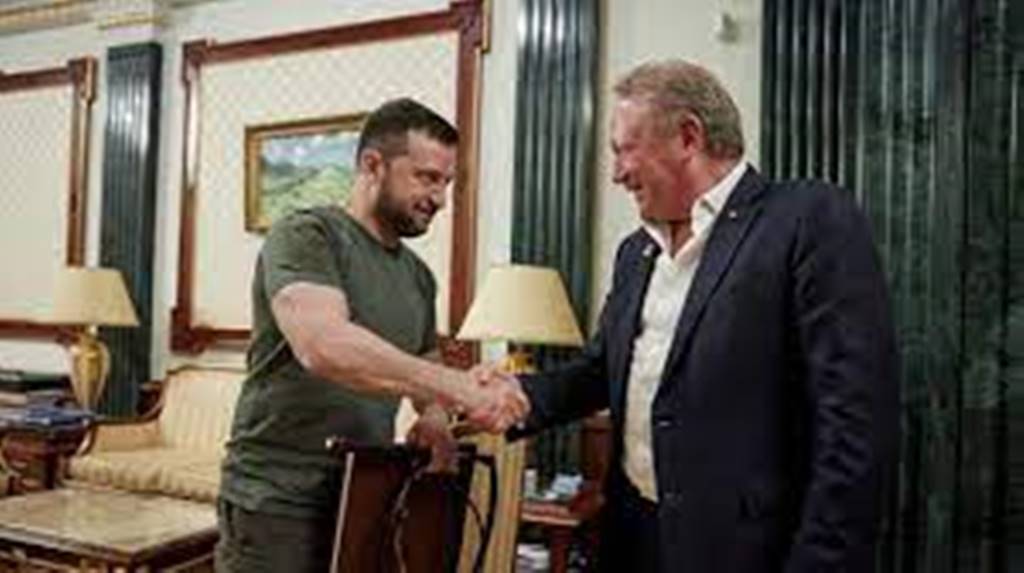 “The president [Zelensky] sees that as an opportunity to completely replace old coal-fired (and) nuclear power stations with brand new green energy,” Forrest told the BBC.

Forrest and his wife have committed $500 million towards the fund, which its organisers hope could eventually grow to $100 billion.

The Ukraine Green Growth Initiative says it plans to invest in primary infrastructure such as energy and telecoms networks.

“We will take advantage of the fact that what the Russians have destroyed can readily be replaced with the latest, most modern green and digital infrastructure,” Zelensky said.

The fund official said it had been working with Larry Fink, the chairman of investment giant BlackRock, and hopes to gain the support of sovereign wealth funds and other professional investors.

Since starting work on the fund in early March, Forrest said he had discussed the plan with a number of world leaders including US President Joe Biden, then-UK Prime Minister Boris Johnson and European Commission President Ursula von der Leyen.

“That capital would be available the instant that the Russian forces have been removed from the homelands of Ukraine,” Forrest said.

Forrest made his fortune from Australia’s mining boom. He is the founder and executive chairman of iron ore giant Fortescue Metals. In recent years he has turned his attention to sustainable technology, with initiatives to decarbonise his mining operations and become a major producer of green hydrogen, the BBC said.