The state administration has been running from pillar to post to contain the spread of Covid-19 second wave, which has already taken a bad shape across the country. 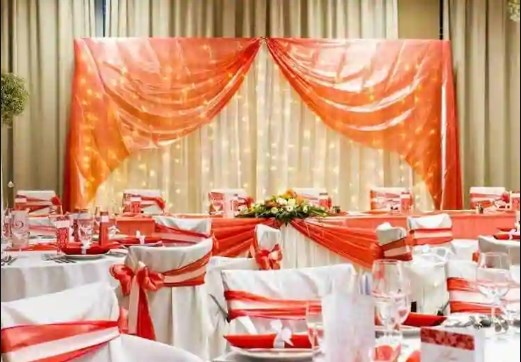 Agartala: The West Tripura District Magistrate Dr Sailesh Kr Yadav has sealed two marriage halls in the city for one year and directed police to book the whole crowd on Monday night for mass gathering violating epidemic disease act, disaster management act and night curfew, which were imposed with the surge of Covid-19 cases in the state.

He expressed anger against the police for not co-operating the administration rather has appeared to be hands in glove with the violators. Dr Yadav has recommended the government to suspend the officer in-charge of East Agartala police station and some on duty police personnel who were seen to be disobeying the order of district magistrate.

The state administration has been running from pillar to post to contain the spread of Covid-19 second wave, which has already taken a bad shape across the country. According to report, on average a hundred infected people are being detected everyday but the state has no infrastructure to provide hospital care to more than 1000 patients.

In view of the critical situation, the government has undertaken multiple steps to control the infection besides, massive vaccination drive. And, as of now West Tripura district especially, Agartala Municipal Corporation (AMC) area has found to be the worst affected so far where critical cases are surging at high rate.

Meantime, Dr Yadav was informed late night that two marriage halls belonging to Tripura royal family in the palace compound have been solemnising wedding ceremonies during curfew hours where police were present outside the halls. He raided the halls and found a good number of people were assembled without following the Covid protocol.

“Angry with the situation, district magistrate ordered to arrest everybody was present there including the bride and groom and their family members. They not only violated the law also, had engaged in arguments with the magistrate to justify their violation that made him irritated further,” said a senior police officer.

The police personnel on duty in the location to see the compliance of curfew rules have also found to be disobeying the direction of the district magistrate, the police officer said adding, “In the video it is clear repeatedly DM asking the policemen to count the people and arrest all but they were reluctant. Such delinquent behaviour of police personnel with the district administrator during pandemic is not acceptable. We shall take action against every one.”