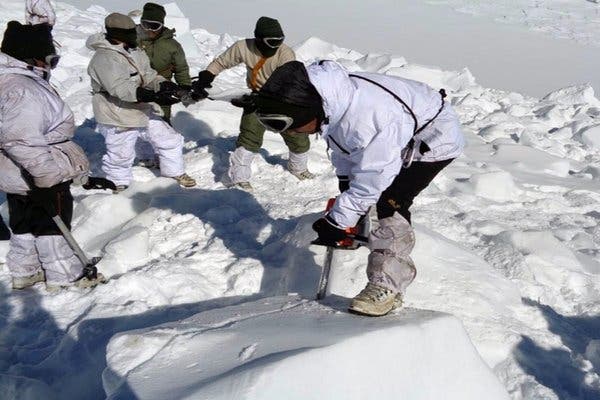 Srinagar: Two soldiers were martyred after they were buried under a snow avalanche at Siachan, the world’s highest battlefield in Union Territory (UT) of Ladakh, Army spokesman said.

According to delayed reports reaching here, three soldiers and a porter were buried under a huge snow avalanche at Sub Sector Haneef Siachen Glacier on April 25. However, a rescue operation was immediately launched and a soldier and porter were saved.

Sepoy Amardeep and Sepoy Parabjeet lost their lives, the reports said, adding that the bodies have been retrieved from under the snow.