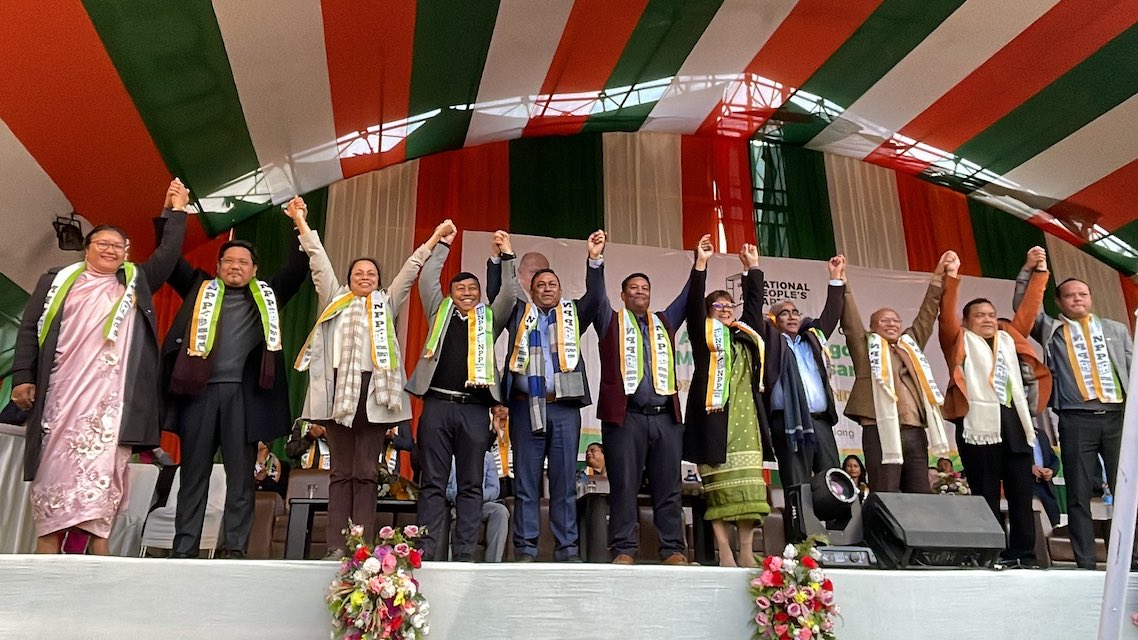 Shillong: Two out of the five suspended Congress legislators, Dr Mazel Ampareen Lyngdoh and Mohendro Rapsang joined the ruling National People’s Party hours after they resigned as members of the Meghalaya Assembly on Monday.

Lyngdoh and Rapsang submitted their resignation letter to Assembly Commissioner and Secretary, Andrew Simons at the Assembly secretariat here this afternoon.

The former All India Congress Committee Secretary in-charge Mizoram said that she and Rapsang resigned as members of the State Assembly as well as from the Congress after due diligence and extensive consultative discussions with various stakeholders.

“By our exit from the Congress, we look forward to partner with several leaders across the state and convinced them let Meghalaya be one, one Meghalaya in the interest of the people post 2023 elections,” Lyngdoh said.

Both the former legislators have joined NPP since they were convinced that it is the only party that can take the State forward. Lyngdoh also resigned from the primary membership of the Congress.

In her letter to AICC president, Mallikarjun Kharge thanking the party for the opportunities given and said: “For the most part of her life, I have been a staunch supporter and foot soldier of the Indian National Congress…However, recent developments within the party have led me to believe that it has lost its sense of direction.”

Stating that the Congress needs to introspect, Lyngdoh added: “sincere and honest attempts to lead such self-introspection, I believe, have failed.”

Sawkmie and Syiem are expected to join the United Democratic Party, however Marbaniang has kept cards close to his heart.

Shangpliang, a former bureaucrat, represents Mawsynram constituency in East Khasi Hills district. Sangma was also a bureaucrat before joining active politics and is a representative from Selsella and Marak from Raksamgre in Garo Hills region.

Another Independent legislator, Samuel Sangma (Baghmara) joined the BJP as an associate member after disassociating from the UDP, although he didn’t resign from the Assembly.