The Punjab Police arrested a middle-aged lady at the Amritsar airport on her way to Dubai on suspicion of masterminding an online fraud through an app-based betting platform called Sports Fantasy 11. 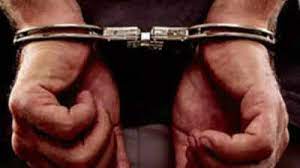 Agartala: A local court here on Wednesday granted custody for two accused including a woman for cheating people on a digital platform. One of them was arrested in Punjab and another in Bihar early this week and Tripura police brought them to the state on transit remand.

The Punjab Police arrested a middle-aged lady at the Amritsar airport on her way to Dubai on suspicion of masterminding an online fraud through an app-based betting platform called Sports Fantasy 11.

The woman was taken into custody for five days by Punjab police. The accused identified as Anchal was brought to Agartala on Tuesday on transit remand by the Crime branch of Tripura police on the charge of cheating a large number of clients who laid bets on the fantasy cricket platforms.

According to the report, a specific case was registered with West Agartala police station against Anchal two months ago and during the investigation, the Crime Branch had issued a look-out notice after failing to trace her.

“She has been accused of several such cheating cases in different parts of the country and we had a tip-off that Anchal was moving out from India to Dubai. Allegedly she has already managed her base of fraud net in Dubai but, a day before her departure; we got access to her travel itinerary and alerted our Punjab counterparts, which yielded result,” said a Crime branch official here.

The Punjab police followed her movement and as soon as she got inside the airport, Anchal was detained. Later, she was taken to custody about a case lodged against her in Tripura. During interrogation she admitted her involvement in the crime and later, she was handed over to Tripura police and booked under section 420 of IPC for defrauding and looting money, he stated.

In another case, Crime branch officials have also arrested one Vijay Pundit from Bihar based on an FIR registered with Bodhjungnagar police station here for conning people through UPI based payment apps.

Allegedly, he has defrauded a few lakh rupees from a large number of people. The court sent him to jail for two weeks and allowed police to interrogate him there.