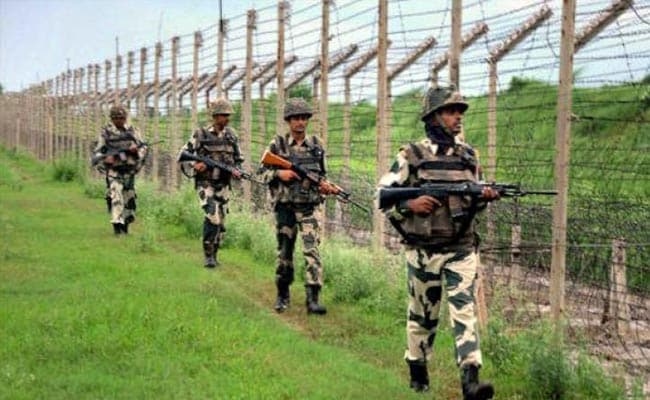 Agartala: The unidentified militants gunned down two BSF jawans and looted their service weapon in an early morning attack today in the distant R C Nath area along Tripura’s eastern border with Bangladesh under Chawmanu police station limit of Dhalai district.
The deceased jawans were identified as sub-inspector Baru Singh and constable Raj Kumar of 64 battalions of BSF Tripura Frontier. Besides, BSF state police and Tripura State Rifles (TSR) jawans have launched a massive search operation in the entire stretches to nab the assailants. Senior officers of police and BSF have rushed to the spot to oversee the operations.
According to the report, the BSF personnel in a two members group had gone out of routine checkup the situation of borderline along with wire fencing from their respective sentry posts. While both the jawans stepped out in southern directions, unidentified gunmen opened fire on them from a nearby area and left them seriously injured.
The militants fled away snatching an AK-47 with live rounds of ammunition and a Barreta (Pistol) with loaded cartridges from the injured jawans. Other jawans rushed to the spot hearing the sound of firing and found Singh and Raj Kumar left in a pool of blood near wire fencing. On the way to camps after evacuation both of them succumbed to their injuries, BSF sources said here.
However, police suspected the link of banned NLFT militants in the incident and after killing the jawans they managed to cross the border with arms and took shelter in a forest area of Bangladesh. It was also suspected that the militants were well-versed in the routine visit of BSF in the area and they had been in an ambush since early morning but BSF was not aware of the militants’ movement.
“The militants have certainly come from their Bangladesh base and didn’t use any communication device before or after the attack and were not in touch with locals. Otherwise, they could have been detained immediately after getting inside the wire fence through a nearby culvert,” said a senior police officer.