US President Joe Biden is also garnering votes for Democrats from across the country. 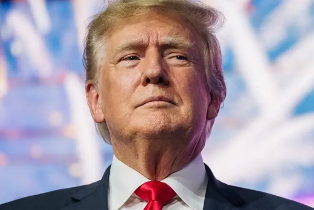 Washington: Former US President Donald Trump has dropped one of his strongest hints yet that he may run for the White House again.

He told a crowd in Sioux City, Iowa, that he will “very, very, very probably do it again” in 2024, the BBC reported. Trump was speaking at the first of four rallies in five days as he campaigned for Republican candidates for next week’s midterm polls.

US President Joe Biden is also garnering votes for Democrats from across the country.

Neither Biden nor Trump though is on the ballot next Tuesday when American voters decide the balance of power in the US Congress and key state governorships.

The midterms will set the US political landscape in the run up to the presidential polls of 2024.

On Thursday night, Trump repeated his unfounded claim that he lost in 2020 because of widespread election fraud. “I ran twice,” he said. “I won twice, and did much better the second time than I did the first, getting millions more votes in 2020 than I got in 2016.

“And likewise, getting more votes than any sitting president in the history of our country by far.

“And now in order to make our country successful, and safe and glorious. I will very, very, very probably do it again.”

“Very soon,” he told the cheering crowd. “Get ready.”

Trump did win the most votes ever – 72 million – for a sitting president in 2020, but still lost to the challenger, Biden who pooled 81 million.

Biden – who campaigned on Thursday in New Mexico and California – has reportedly been meeting senior advisers to plan his potential 2024 re-election campaign, setting up a possible rematch with Trump, the BBC report said.

Trump has teased for months about a potential third campaign for the White House.

Trump’s former senior counsellor, Kellyanne Conway, said earlier on Thursday at an event in Washington DC that her former boss would “announce soon” about his possible presidential plans.

She said she gave Trump credit for resisting the temptation to declare a White House run already this year, as it would have distracted from Republican candidates in the midterms.

If he does run in 2024, he may not go unchallenged within his party, the BBC said.

His potential rivals include his former Vice-President Mike Pence and Florida Governor Ron DeSantis, among others.