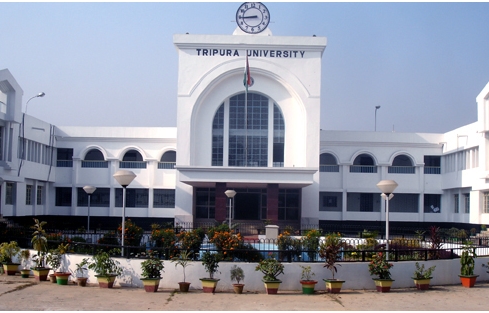 Agartala: Tripura University has become the fourth preferred destination of students for admission to post-graduate courses in the country, claimed its Vice-Chancellor Ganga Prasad Prasain on Saturday.

The 15–year old lone Central University in the state has an intake capacity of only 3031 spread over all 39 departments which run 43 courses.

However, over 2.94 lakh students have expressed their preference for the university in the 2022-23 session through the Common University Entrance Test (CUET) scheduled to be held across 66 universities in the country between September 1 and 11.

“Banaras Hindu University topped the list in terms of students’ interest in getting admission with the receipt of 3.54 lakh applications. 2.94 lakh students marked Tripura University as one of their preferences,” Prasain underlined.

According to university officials, in the National Institutional Ranking Framework (NIRF) Tripura University couldn’t come within the top 200 because of poor scores in two indexes – research and publications and peer perception although it scored better in teaching-learning, graduation outcome, and outreach activities.

“Despite having talents, Tripura University has not yet been able to boost research activities and publications due to financial crunch as the internal revenue generation scopes got narrowed after the closure of Distance Education in 2020. Moreover, the external funding for the academic activities and research is not adequate, which affected the NIRF score,” the officials stated.

They argued that the peer perception index was evaluated based on industry support along with academic voting but in the case of Tripura University both the tools failed to perform expectedly due to some unknown reasons and geographical isolation.