Clarifying the charges of BJP, Pradyot said TIPRA Motha came to power in ADC only a year ago but CAG observation was made for the ongoing practice since 2014 during communist rule and over two years of BJP’s administrator. 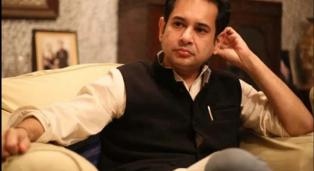 Debbarman alleged BJP has resorted to false propaganda and a malicious campaign of corruption against the ADC administration for the last few days and on Oct 19 last through Sub Zonal Offices of ADC, BJP Janjati Morcha had submitted a memorandum for the Governor, which was full of misleading facts.

Clarifying the charges of BJP, Pradyot said TIPRA Motha came to power in ADC only a year ago but CAG observation was made for the ongoing practice since 2014 during communist rule and over two years of BJP’s administrator.

Similarly, regarding the non-utilization of funds by the Tripura government, he complained that there was no fund released to ADC by the state as per the commitment, so the allegation is baseless.

He said the ruling BJP workers raised ‘objectionable’ slogans personally targeting ‘Tipra Motha’ supremo Pradyot Kishore and also burnt his effigies while using abusive remarks including his death wishes and added, “Tiprasa (tribal) people were mobilized cunningly against Tiprasa to create unrest in the tribals but I know the mentors and architects are sitting behind.”

Pradyot claimed BJP became unhappy with him after failing to bring him back from Motha’s main demand for Greater Tipraland and a constitutional solution to the sufferings of the indigenous people of the state. “They (BJP) tried to win over alluring me to power baton, money, and beautiful dreams for a long time, which they usually do with other regional party leaders but I rejected them. So, they have only option left to hurt me,” Pradyot stated.

Emotional Pradyot said, “I have no problem if my death brings a permanent solution to the indigenous population, progress, and prosperity for Tripura. But no way I am going to compromise my commitment. The IPFT was cheated by BJP in the 2018 elections and had driven the main force to change of power in Tripura. A high-power committee was constituted to resolve the issues of tribals, unfortunately in four and half years nothing happened,”

“The culture of violence and hatred destroyed the amity in the society and over the past 75 years we have been downgraded to slaves; a day will come when I will not be by your side and then you will realize the value of my sacrifice,” he pointed out.