The leaders of the ruling BJP and the opposition CPI-M and Congress arrived here on Monday to resolve the dispute over candidates. 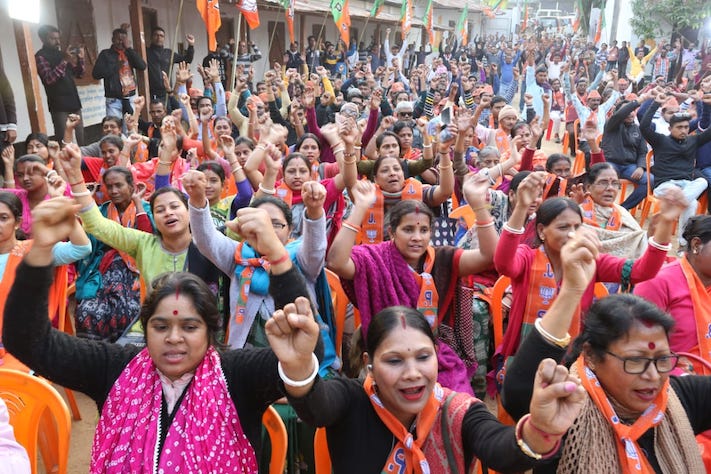 Agartala: No party has yet finalised the candidates for the ensuing election for the Tripura assembly, which will be held on February 16.

The leaders of the ruling BJP and the opposition CPI-M and Congress arrived here on Monday to resolve the dispute over candidates.

While several rounds of discussion on seat-sharing deals between the opposition CPI-M and Congress remain inconclusive, the presence of multiple aspirants in most of the seats has become a major hurdle for the BJP in selecting the candidate for the final approval of the parliamentary board.

The BJP’s ally IPFT has reached an agreement to merge with a formidable force in the hills, TIPRA Motha, for the election.

According to the report, CPI-M General Secretary Sitaram Yechury arrived here on Monday to finalise the seat-sharing agreement with Congress, as there has been disagreement on the allocation of as many as six seats, for which both parties are aspiring to claim their strength.

As of now, the CPI-M has agreed to share 17 assembly seats, including one tribal seat reserved for Congress.

The leaders, along with NEDA Chairman Assam Chief Minister Himanta Biswa Sarma, had a discussion in Delhi about the matter on Sunday, followed by a meeting with Union Home Minister Amit Shah.

With the emerging pressure from the aspirants, the BJP devised a mechanism to select the nominees by local consensus, but in a few places the groups got involved in the scuffle, thereby stopping the process.

The party sources claimed that the BJP’s central leadership wants at least 30 percent representation of women in the candidature and gives priority to young and educated people, which has made the contest for a sizable number of sitting MLAs uncertain.

However, BJP state president Rajiv Bhattacharjee, without elaborating on the selection process or ongoing exercise, told the media, “We are in the job and there is no problem in candidate selection. BJP is a very disciplined and cadre-based party. Whatever the party’s high command decides, we shall go with it to bring the government in for the second term with more seats.”

Meanwhile, Congress president Birjit Sinha said, “We have already decided on our candidate’s name which will be discussed in the meeting of the Central Election Committee at New Delhi. Probably, on Jan 25 we will declare the names of the candidates.”