It came as an embarrassment for the state police after an audio tape was released on social media on Friday detailing her ordeal. 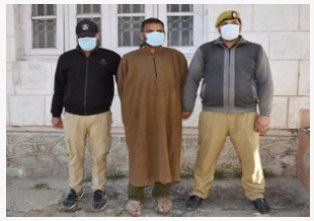 Agartala: A tribal woman constable of Tripura police has accused her boss who is the officer-in-charge of Kalamchoura police station in Sepahijala district of abusing her sexually.

It came as an embarrassment for the state police after an audio tape was released on social media on Friday detailing her ordeal.

Superintendent of Police (Sepahijala) Bogati Jagadeeswar Reddy said an investigation has been launched in the matter and the state government is very serious about crime against women.

The woman constable has alleged that OC Bishnupada Bhowmik sexually assaulted her.

In the audio-clip released, she is heard saying that Bhowmik asked her to have sex.

She was called to attend to the OC’s office and house at an odd time, she said.

When she did not agree to such proposals by Bhowmik, she was transferred to cover up the incident, she added.

She also said she was threatened and intimidated not to disclose the sexual assault incident.

“Apart from verifying the audio tape, the statements of the lady constable and the accused police officer would be recorded before proceeding further.

“The allegations are very serious and such crimes in police force would be dealt with severely. But we are not sure of all the facts,” said a senior police officer in the headquarters here.