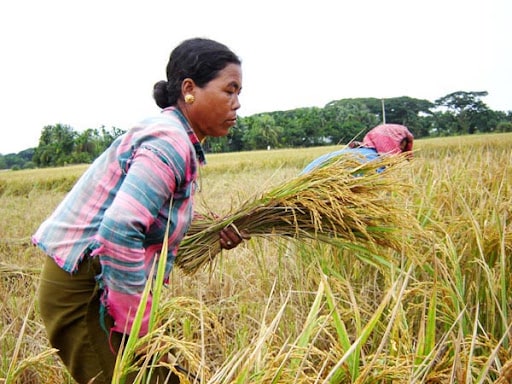 Udaipur (Tripura): In order to promote agriculture for doubling the farmer’s income, a credit delivery camp for agri-finance programme has been organised by PNB and BAPCL at Hadra Gram Panchayat office to offer loans up to 50 farmers under Hadra and Garjanmura Gram Panchayat area.
Sharing this information, Officer of BAPCL Tutan Debnath told this correspondent that the people under Hadra and Garjanmura area of Tepaniya RD Block in Gomati District are basically involved with agricultural activities and the bank like Punjab National Bank (PNB) is helping a lot with a good amount of money through loans in order to increase theirs’ income in accordance with the concept of government to achieve the goal ‘Doubling Farmers’ Income’.
Along with other high officials, Sudip Majumder Chairman of BAPCL, Panchayat Pradhan of Hadra Gram Panchayat, Branch Manager of PNB Rakesh Debnath and A. Majumder, LDM have attended the programme today where a total of 50 farmers have received sanction letters for loans to promote agriculture sector for the benefits of farmers.
The state of Tripura has favourable climatic conditions for cultivating various fruit and horticultural crops including rice, jackfruit, pineapple, potato, sugarcane, chilli and natural rubber.
In accordance with government published report, rice production 7,11,831 MT as major crop of the state and 91 per cent of the cropped area cultivated for rice.
Instead of rice, others agricultural crops and yearly production are wheat 300 MT, Maize 5,863 and pulses 5,154 MT.
The total food grains production 7,23,148 MT and total oil seeds production 4,613 MT in the state Tripura which indicates that agriculture sector is most important sector in the state Tripura. The
net agricultural cropped area 2,55,070 hectors, area sown more than 2,19,428 hector, gross cropped area 4,74,498 hector and cropping intensity 186 per cent.
In order to achieve the vision of ‘Atma Nirbhar Krishi’ and ‘Atma Nirbhar Kisan’ scheme, the Union Ministry of Agriculture & Farmers’ Welfare has taken several initiatives like ‘Formation and Promotion of 10,000 new Farmers Producer Organisations’ of Rs 6865 crore.
UNI KB GK 2212