The victim stated that she was given a death threat if she divulged the incident to anybody. 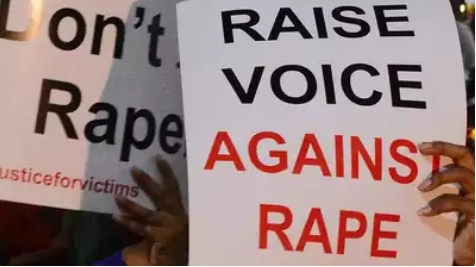 Agartala: The South Tripura district court on Friday sentenced a married man to 20 years of rigorous imprisonment for raping a 14-year-old minor girl in September 2020.

The District and Sessions Judge of South Tripura district convicted Chiranjit Pal (28) under Sections 341 (wrongful restraint), 376 (rape), and 506 (criminal intimidation) of the Indian Penal Code and Section 4 (penetrative sexual assault) under the Protection of Children from Sexual Offences (POCSO) Act and later awarded him rigorous imprisonment for 20 years.

Chiranjit Pal raped the minor girl who came to his house in the Madhavnagar area under the Manubazar police station of Sabroom town.

She had gone to Pal’s house with one of her relatives from the same locality. Chiranjit had gone to a rubber plantation at night and invited the minor to join him with some cooked meat for a booze party. As soon as the minor reached the spot, she was raped.

The victim stated that she was given a death threat if she divulged the incident to anybody.

However, after a week she told her parents about the incident and the victim’s father lodged a police complaint against Chiranjit with the Manubazar police station.

After a preliminary investigation, Chiranjit was arrested and the trial began keeping him in custody.

The court heard the testimony of 15 witnesses before giving him the punishment.