The youths are now frustrated and becoming drug addicts because of the failure of the state government, he added. 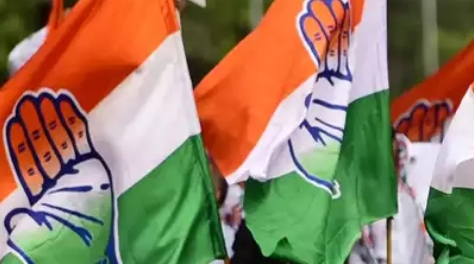 Agartala: The sit-in demonstration of the Tripura Pradesh Youth Congress continued on Tuesday for the second consecutive day of a three-day long agitation that began on Monday here seeking employment for the youths, fulfilling the poll promises of BJP led government in the state and nine other demands.

He expressed resentment over the role of police in maintaining law and order and added that police have become a puppet in the hands of the ruling party.

None of the criminal cases against the BJP cadres for their violent activities on the opposition party workers and media despite lodging specific cases has been investigated, Das mentioned.

The former Chief Minister and veteran Congress leader Samir Ranjan Barman lashed out at the BJP-led government alleging that the government has completely failed and befooled the people by tall promises before the last assembly elections.

Ahead of the next election, BJP has consorted all bluff masters by changing Chief Minister Biplab Kumar Deb with lucrative commitments to win the elections, which Congress wouldn’t allow this time.

“When BJP came to power Tripura had registered unemployed youths less than seven lakh and in the last four and half years, it rose to almost eight lakhs. The government claimed roughly 20,000 people were employed under BJP’s rule although BJP had promised to give 50,000 jobs annually.

Most, unfortunately, out of the total employed people most of them were from outside the state and on a contractual basis but over 50,000 essential posts in the government departments are lying vacant,” Barman alleged.

The situation of the state has taken the worst turn where people have no minimum security of life and property, poor people are not getting food, or drinking water, which was never in the history of Tripura.

The youths are now frustrated and becoming drug addicts because of the failure of the state government, he added.

Adding to Barman, All India Congress Committee Secretary and party in-charge of Tripura Szarita Laitphlang said, “During Congress regime, India was known for ‘Sone Ki Chideya’ (golden Bird) and now it is known as ‘Berojgari Ki Chideya’ (Bird of unemployment) and it is not only in Tripura but also across the country BJP is doing wrong with youths.”