Tripura CM to BJP cadres: Give space to opposition

"We have to establish a culture of political courtesy and mutual political respect. This is what people look for, people understand," said the chief minister. 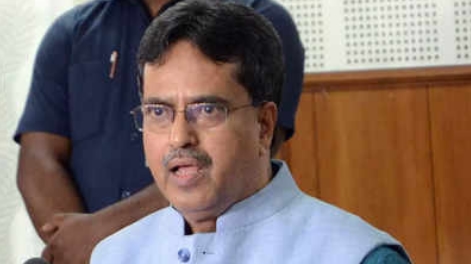 Agartala: Tripura Chief Minister Dr. Manik Saha has called for an end to the culture of political violence and urged the ruling BJP cadres to ensure other party workers were not attacked and the opposition had the space to carry on their political activities.

Addressing a party meeting here on Wednesday, Saha stressed the need for establishing a culture of political courtesy and mutual political respect for a vibrant democracy to function.

“On previous occasions, I had urged my leaders and workers to allow the opposition to carry out their activities, based on which people will choose their representatives in the coming (Assembly) election. I believe this will transmit a positive message to the society because violence is not the way to win the elections.”

In an apparent referring to the latest attack on AICC Secretary and Congress party in-charge of Tripura Szarita Laitphlang and senior Congress leader of the state Ashis Kumar Saha at Bishramganj of Sepahijala district, the Chief Minister said, “Even today I got a call from a former MLA of another party who said they are in trouble and their vehicle has been vandalized.

‘Immediately I called up Rajib babu (state BJP Vice President and party’s Sepahijala district in-charge Rajib Bhattacharjee) and Nabadal (state Bharatiya Janata Yuva Morcha president Nabadal Banik) and told them that these people must be given a free passage. I also rang up the DG (Director General of Police V S Yadav) and told him whatever has happened had happened, but the situation must not be allowed to aggravate further.”

“We have to establish a culture of political courtesy and mutual political respect. This is what people look for, people understand,” said the chief minister.

He said political civility must be shown to leaders and workers of other parties.

“I want this culture of political violence on each other to be stopped immediately and bring the culture of decent politics to Tripura. We must adhere to the principle of political civility to the other party leaders and workers and allow them to do their activities without any hindrance,” Saha told the meeting.

Saha also referred to the June 29 meeting he had with a Congress delegation led by the party’s leader in the Lok Sabha Adhir Ranjan Chowdhury. a day after the attack on the state Congress headquarters (Congress Bhavan) that left its state president Birjit Sinha injured.
The chief minister said a senior minister of his cabinet had called him after he had given an appointment to the Congress parliamentary team.

“I have no hesitation in telling you that when a delegation from the Congress, led by Congress leader in the Lok Sabha Adhi Ranjan Chowdhury, wanted to meet me, I gave them an appointment within 30 minutes. A minister, whose name I won’t disclose, telephoned me to ask why I have given them time within a day of the incident. I said, “that’s ok. Let them come. Let me hear what they have to say.”

“When the five-member delegation met me, he (Adhir Ranjan Chowdhury) told me their side of the happening. He told me “It is imaginable that such a barbaric thing could happen. We have come to strongly denounce what happened and for restoration of the rule of law. I head them”.

“There is no harm in dialogue and I believe this is political courtesy. In political democracy, there is a ruling party and the opposition parties – unless other parties get to space, how will democracy run,” Saha wondered.