The Education Minister Ratan Lal Nath highlighted that the state government has invested a huge amount of money in the infrastructure development of schools and colleges in the last four years. 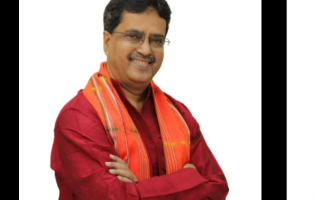 The five basic subjects of the arts stream including compulsory Bengali and English will be taught here from this academic session that began last month. Renovating an old Teachers’ Training College, the Tripura government has built the general degree college at the cost of over rupees one crore as committed in the budget this year.

Addressing the gathering, the Chief Minister said after BJP led government came to power in 2018, the state government upgraded the academic infrastructure in Tripura with a vision to make the state an education hub. A large number of schools, at least one in each of the revenue blocks have been converted into an English medium government institution with all modern educational tools.

In the first step, the exact syllabus of CBSE has been introduced followed by recruiting a large number of trained teachers as per the norms of the Right to Education Act and training up to over 40000 existing teachers of the government schools and also improving the students – teachers’ ratio as per the national average, Dr. Saha pointed out.

He further pointed out that the state government has also introduced several innovative programs to pluck the dropout and bring the students back to school, quality food with varieties in mid-day meals, schemes to attract students to school study, special coaching for the medical and engineering aspirants after Class X exam and many more.

The Education Minister Ratan Lal Nath highlighted that the state government has invested a huge amount of money in the infrastructure development of schools and colleges in the last four years.

The Tripura government has been encouraging public-private partnerships for further development of the education sector and emphasizing value-based education and vocational courses to widen the scope of employability and self-reliance of the youngsters.