Tripura has as many as 645 active cases of Covid-19 with a positivity rate of 5.08 percent. 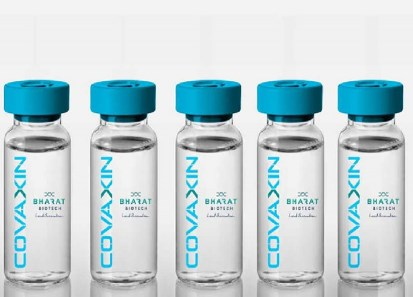 Agartala: Tripura government has brought a consignment of one thousand Covaxin doses with special permission in order to inoculate those who had already administered the first dose in other parts of the country.

Tripura has as many as 645 active cases of Covid-19 with a positivity rate of 5.08 percent.

Tripura has been administering Covishield dose since the beginning and over 76 percent of the population belong to above 45 –yrs old age group and almost all the medical workers and security personnel. However, it was brought to the notice of the health department that a few hundred people had returned to Tripura with the surge of the second wave and most of them had received the first jab of Covaxin.

The health officials said, as of now the standard protocol didn’t suggest the mix of vaccine brands – if anybody received the first dose of Covaxin, the second dose has to be the same. Tripura does not have Covaxin reserve, National Health Mission (NHM) made a special arrangement to bring a thousand dose of Covaxin for them.

“We are in the job to identify the persons who have taken the first dose Covaxin and so far about 400 beneficiaries are listed in the state that would be in need of Covaxin second dose. If some doses remain, we shall use it accordingly with proper planning,” said Director NHM Dr Siddharthashib Jaiswal adding that within May 5 next, doses will be administered in the closest session site from the house of the beneficiary.

Meanwhile, the health officials stated that multiple steps have been taken to arrest the spread of second wave of Covid-19 and still the situation in the state is fully under control. The virus has not yet spread beyond the close circle of the infected people who mostly live in Agartala Municipal Corporation area and a few other urban locations and travelled back to Tripura from affected parts of the country.

“We have identified the contacts of those persons and made appropriate arrangements for their strict home quarantine. Moreover, whoever is coming to the state has been going for mandatory tests and put them in home isolation until the report comes negative and immediately the positive people are brought under treatment,” a senior health official said.

He further stated that after night curfew, the state government is thinking to suspend the flight and railway service for a few days to break the chain and added, “The people who are coming from other states are prone to the infections and even if immediately they are not tested positive, we are keeping tab on them and advised them to remain isolated at least for 10-14 days. The muted strain of Covid is not even detected in RT-PCR test despite having symptoms. So, we have issued an alert to consult a doctor if anybody feels sudden illness.”