Officials said that Chief Minister has made the announcement to provide an annual stipend of Rs 60,000 for each of the successful students. 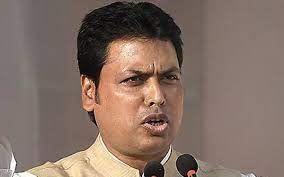 Agartala: Tripura government Sunday announced an annual scholarship for the students of the state who clear the entrance examination at Class VIII for getting admission in Rashtriya Indian Military College (RIMC) at Dehradun from now onward.

Officials said that Chief Minister has made the announcement to provide an annual stipend of Rs 60,000 for each of the successful students. The State Council for Education and Research (SCERT) with the help of RIMC has been holding entrance tests twice a year for the students of the eighth standard.

According to report, after 2012, last year Debajit Dhali hails from Udaipur of Gomati district has cleared the entrance and got an opportunity to get admitted in RIMC. In a seven years long journey in RIMC, Souradeep Datta also from Udaipur has recently been commissioned in Indian Army, which has appeared as an inspiration for the youngsters of Tripura.

He pointed out that the representation of Tripura in all India services including IAS, IPS, IFS, IRS, IES, IMS and Indian Army is very very low compared to other states of the Northeast despite having merits. As a result, the state government has extended the institutional and financial support to the aspirants of these services apart from facilitating coaching.