N Biren Singh said that Irawat could lead a luxurious life as he belonged to a respectable and well-to-do family. 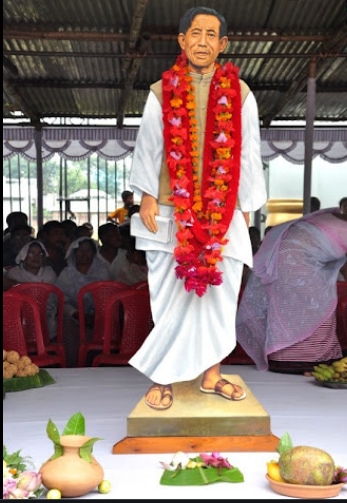 N Biren Singh said that Irawat could lead a luxurious life as he belonged to a respectable and well-to-do family. However, he left everything and decided to work at the grassroots for the needy and downtrodden people, the Chief Minister said. As a humble tribute to his efforts and sacrifices made for the people, the present Government began celebrating the day as a State function in 2018, besides erecting his statue and developing Irawat Square at Thangmeiband. The Chief Minister urged the people of the current generation to follow Irawat’s ideals to maintain unity and eradicate inequality among people.

Responding to a query regarding Athuan Abonmai murder case by suspected cadres of NSCN(IM), N. Biren Singh informed the media persons that understanding people’s sentiment and seriousness of the case, the State Government had written to the authority concerned of the Central Government two times to hand over the case to the National Investigation Agency (NIA). Stating that a copy of the FIR of the case had also been attached in the last letter, the Chief Minister further stated that he would also talk to Union Home Minister Amit Shah regarding the matter during his Delhi visit beginning today.

Regarding the proposed visit of Vice -President M Venkaiah Naidu to the State, the Chief Minister said that it would be a part of the Vice President’s tour to the North East region. The Chief Minister said that the State Government would identify the developmental projects which would be inaugurated by the Vice-President in consultation with his office.