It is currently the only country in the G7 group of developed nations which doesn't recognise same-sex unions. 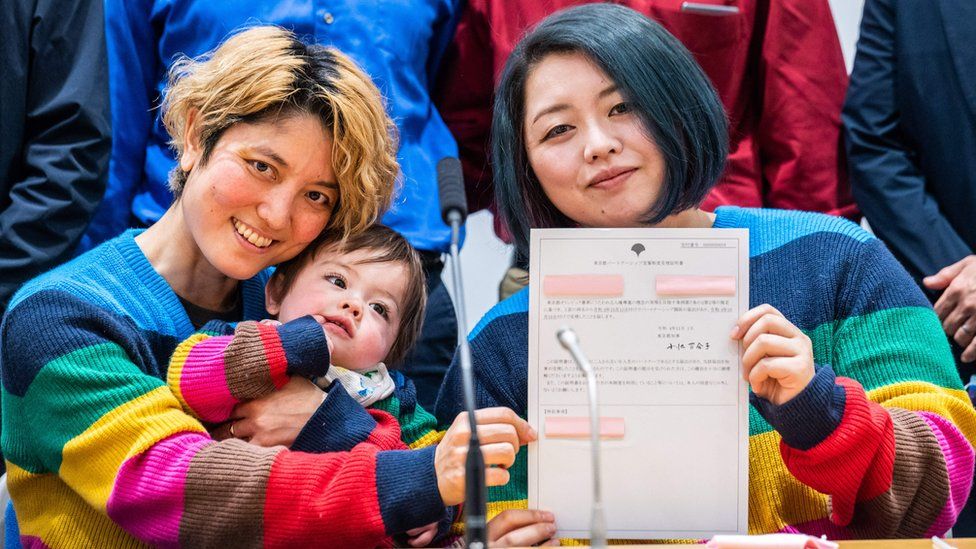 Tokyo: Japan has begun rolling out a partnership certificate scheme to same-sex couples — allowing them to be treated as married couples for certain public services for the first time, but falling short of marriage equality.

Some hope this may be a step towards the whole of Japan embracing equality. It is currently the only country in the G7 group of developed nations which doesn’t recognise same-sex unions.

Despite this widespread support, a district court in Osaka ruled earlier this year that the existing ban on same-sex marriage was constitutional. Then, in October, Noboru Watanabe — a local representative for the ruling Liberal Democratic Party — called same-sex marriage “disgusting”. The comments were widely criticised.

Yet there is movement towards greater equality. The scheme being rolled out in the Tokyo metropolitan area was first established in one of its districts back in 2015, since spreading to nine more wards and six cities in the west of the metropolitan area, according to the Asahi Sinbun news site.

The new metropolitan-wide scheme will bring it to all areas of the capital, and its population of 14 million.

The partnership certificates — which have also been introduced in eight other prefectures across Japan — will allow same-sex couples to be treated the same as married couples when it comes to housing, medicine and welfare.

But it will not help with issues like adoption, inheritance and spousal visas.

Anyone aged over 18 who either lives or works in Tokyo is allowed to apply, with 137 applications having been submitted by Friday.