Biren also said that the state government will be offering her a new job. Chanu is currently employed with Indian Railways as a Ticket Collector 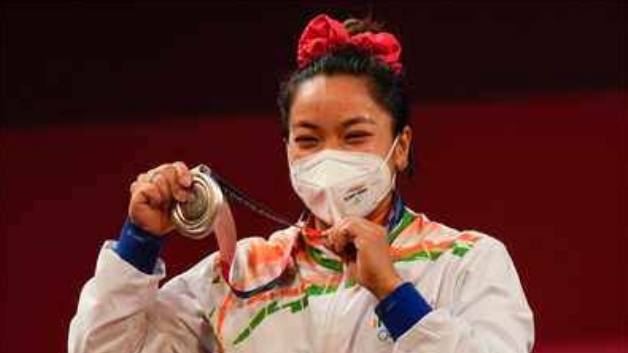 New Delhi: Manipur Chief Minister N Biren Singh announced on Saturday that Mirabai Chanu, who opened India’s tally at the Tokyo Olympics on Day 2 with her silver medal in the women’s 49kg category, will get a reward of Rs 1 crore.

Biren also said that the state government will be offering her a new job. Chanu is currently employed with Indian Railways as a Ticket Collector. The Chief Minister also shared a video of his interaction with Mirabai Chanu after she brought home the silver medal.

“You won’t be collecting tickets at railway stations and trains anymore,” he tells her in the video.

“I’m reserving a special post for you,” he says, before adding that he will keep her in suspense about the post for now.

After her medal win, Chanu told NDTV that she had to make sacrifices to get where she is.

“To be a big player or achieve something big, you have to make sacrifices and I have made many sacrifices,” she said.

“I had worked very hard for the 2017 World Championship. My sister was getting married, but I missed that.

“After failing at the Rio Olympics, I had the World Championship ahead of me and that was my chance to prove myself, so I did not even go home and missed my sister’s wedding,” she said. With agency inputs

Imphal: Athuan Abonmai, former president of Zeliangrong Baudi (Assam, Manipur and Nagaland), who was allegedly abducted from Tamenglong on...
Nation