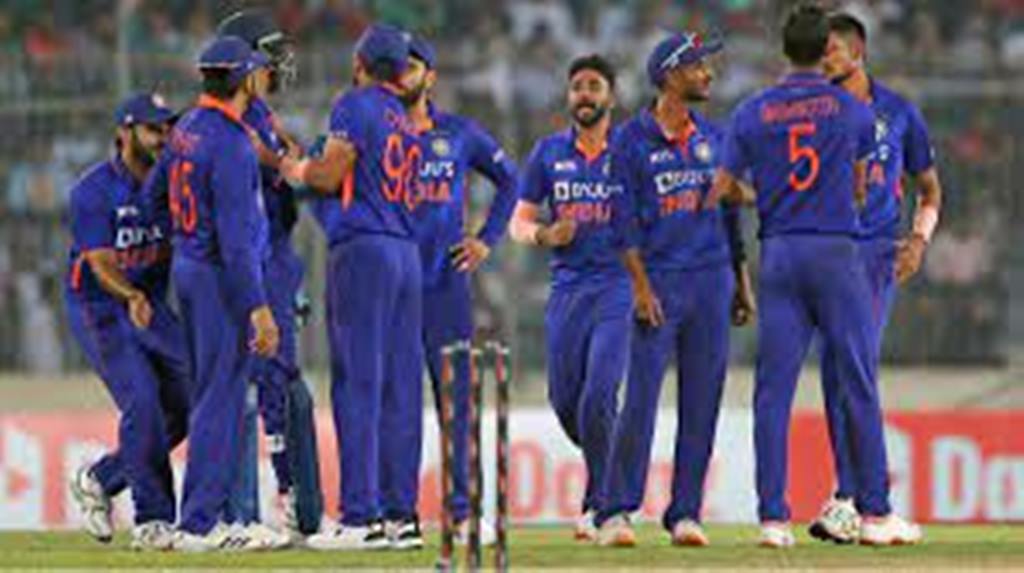 Dhaka: Injuries continued to hamper India’s tour of Bangladesh after three players were confirmed to miss the third and final ODI of the series.

A call on his participation in the Test series would only be taken after that.

“Rohit will certainly miss the next game, fly back to Bombay, consult with an expert and see how it is and whether he can come back for the Test matches or not, I’m not sure. It’s too soon to say that.”

Deepak Chahar, who only bowled three overs in the second ODI in Dhaka, was also ruled out of the final ODI as was Kuldeep Sen, who missed the match on Wednesday.

“All three of them won’t play the next game for sure,” Dravid said after the game which India lost narrowly after Rohit’s late heroics.

The skipper copped an injury to his finger in Bangladesh’s batting innings while attempting a catch. The ball hit his thumb and he was seen bleeding as he walked off.

The BCCI later confirmed he had gone for scans after the BCCI medical team assessed him.

However, with India in dire straits in the run chase, Rohit walked out to bat at No.9, slamming an unbeaten 51 off just 28 balls to take India to the brink off a win.

He hit a six with 12 runs needed off two balls, but could only manage a single off the final ball as Bangladesh wrapped up a series victory with the five-run win.

“It was phenomenal,” Dravid said of Rohit’s knock.

“I think for him to show that level of courage. He had a serious dislocation, he had to go to the hospital to get that set right, stitches in his hand, a couple of injections to go out and bat.

“Credit to him, he was really determined to go out and have a go and take a chance and it’s amazing how close he got us with that innings, it was an absolutely phenomenal innings by the skipper.

“Great courage to be able to go out there and give us a chance.”

Share
Facebook
Twitter
WhatsApp
Telegram
Linkedin
Pinterest
Email
ReddIt
Previous article
The counting of postal ballots has been taken up first and it will continue till its gets over.
Next article
We want to make Sat night cherishable for fans: Iker
- Advertisement -
- Advertisement -