In Sunday's previous attacks, Myanmar military aircraft dropped bombs on a Karen guerrilla position in an area on the Salween River in Karen state's Mutraw district, according to workers for two humanitarian relief agencies. 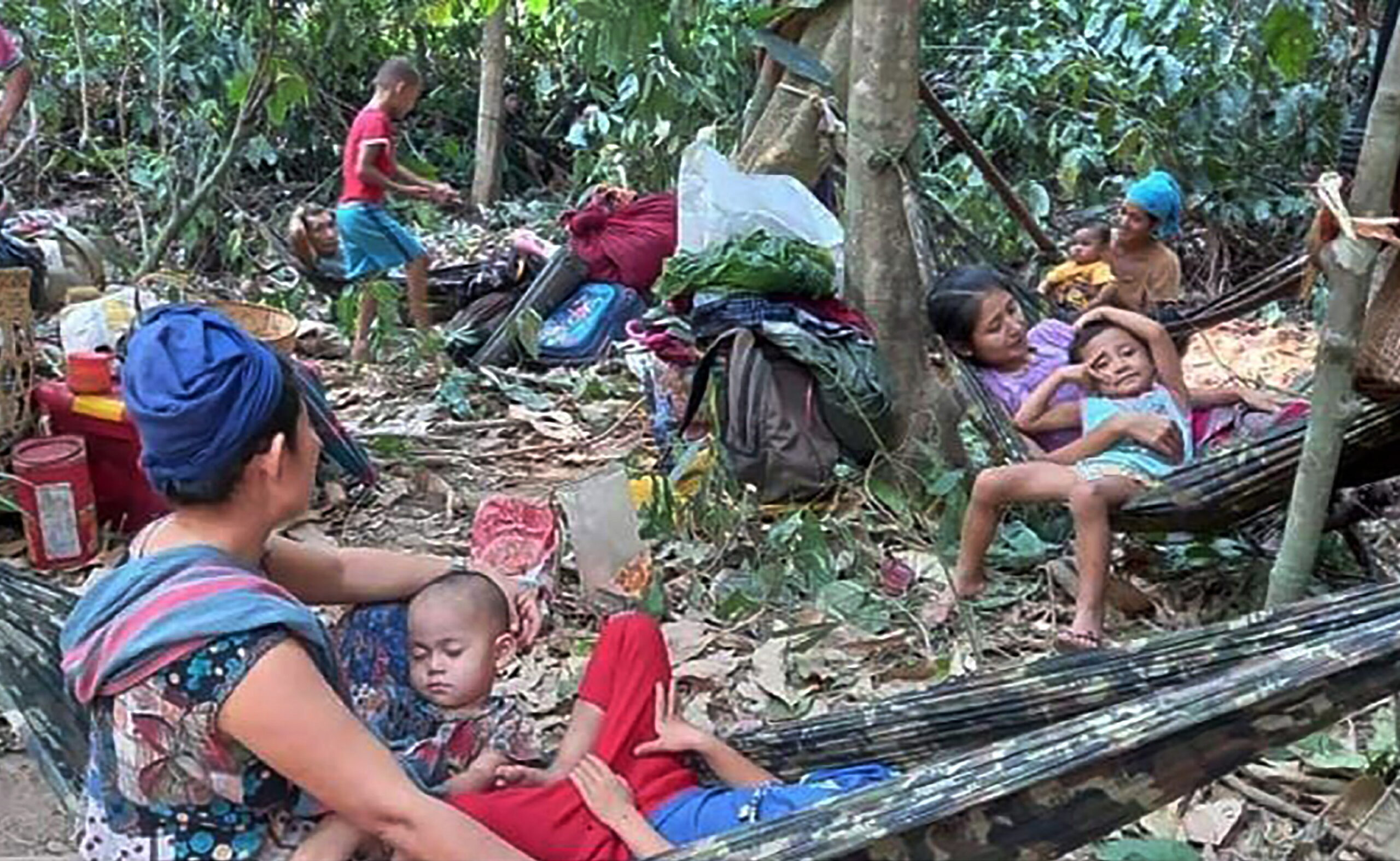 Yangon: Thai authorities along the country’s northwestern border braced themselves on Monday for a possible influx of more ethnic Karen villagers fleeing new airstrikes from the Myanmar military, the AP reported.

Myanmar military aircraft carried out three strikes overnight on Sunday into Monday, according to Free Burma Rangers, a humanitarian relief agency that delivers medical and other assistance to villagers. The strikes possibly injured one person but caused no apparent fatalities, a member of the agency said.

Video shot that day shows a group of villagers, including many young children, resting in a forest clearing inside Myanmar, having fled their homes. They carried their possessions in bundles and baskets.

In Sunday’s previous attacks, Myanmar military aircraft dropped bombs on a Karen guerrilla position in an area on the Salween River in Karen state’s Mutraw district, according to workers for two humanitarian relief agencies.

Two guerrillas were killed and many more were wounded in those attacks, said a member of the Free Burma Rangers.

The attacks may have been retaliation for the Karen National Liberation Army, which is fighting for greater autonomy for the Karen people, attacking and capturing a government military outpost on Saturday morning.

According to Thoolei News, an online site that carries official information from the KNU, eight government soldiers including a second lieutenant were captured in the attack and 10 were killed, including a lieutenant colonel who was a deputy battalion commander. The report said one Karen guerrilla had been killed.

The tension at the frontier comes as the leaders of the resistance to last month’s coup that toppled Myanmar’s elected government are seeking to have the Karen and other ethnic groups band together and join them as allies, which would add an armed element to their struggle.

The airstrikes mark an escalation in the increasingly violent crackdown by the Myanmar government against opponents of the February 1 military takeover.

At least 114 people across the country were killed by security forces on Saturday alone, including several children a toll that has prompted a UN human rights expert to accuse the junta of committing mass murder and to criticise the international community for not doing enough to stop it.

The Security Council is likely to hold closed consultations on the escalating situation in Myanmar, UN diplomats said Sunday, speaking on condition of anonymity ahead of an official announcement.

The council has condemned the violence and called for a restoration of democracy, but has not yet considered possible sanctions against the military, which would require support or an abstention by Myanmar’s neighbour and friend China.

The coup, which ousted Aung San Suu Kyi’s elected government, reversed years of progress toward democracy after five decades of military rule. It has again made Myanmar the focus of international scrutiny as security forces have repeatedly fired into crowds of protesters.

As of Sunday, at least 459 people have been killed since the takeover, according to the Assistance Association for Political Prisoners, which has tallied deaths it was able to verify. The true toll is thought to be higher.