Since its inception in 1992, the Shillong Press Club has undergone several hardships in providing an inspiring and motivating ambiance for the foot soldiers of the Fourth Estate, even as the credibility of the media fraternity is upheld in all respects. 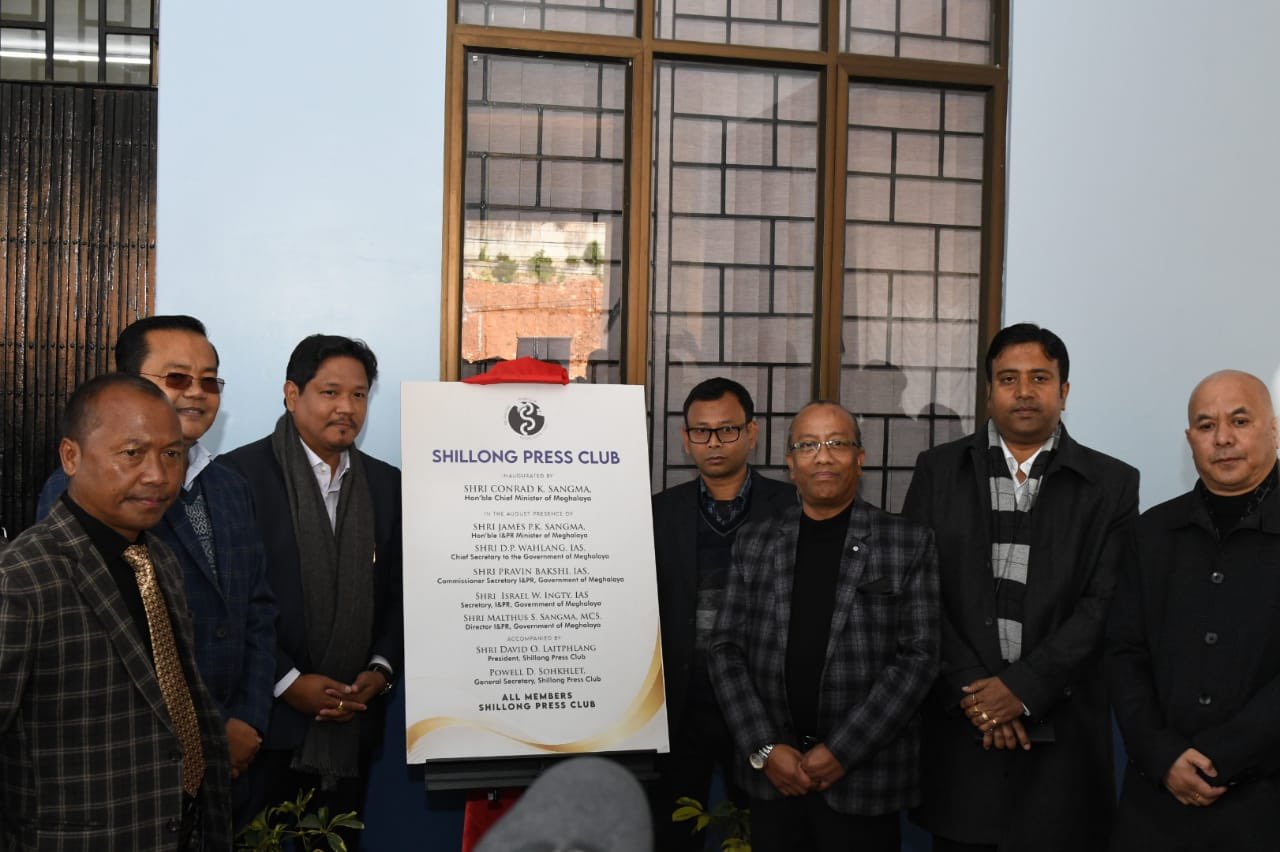 Shillong: The thirtieth anniversary of Shillong Press Club and  National Press Day was observed with the inauguration of the new premises at the office of the Director of Information and Public Relations.

Since its inception in 1992, the Shillong Press Club has undergone several hardships in providing an inspiring and motivating ambiance for the foot soldiers of the Fourth Estate, even as the credibility of the media fraternity is upheld in all respects.

Although the media is considered to be the fourth pillar of democracy, the media persons of Meghalaya have been under tremendous pressure from every aspect of news gathering and dissemination of truthful information to the public.

Nevertheless, the present leadership under David O Laitphlang as the President has brought about enormous changes in the operation of the fraternity and convinced the concerned authorities to acquire a permanent office at the Directorate of Information and Public Relations.

The new office premises of the Shillong Press Club was inaugurated by Chief Minister Conrad K Sangma, in the presence of eminent dignitaries, Prabin Bakshi, Commissioner and Secretary, Israel Ingty,  Secretary, and M Sangma, Director of Information and Public Relations, Meghalaya and a senior member of the Press Council of India, Jaishankar Gupta.

The office is equipped with a conference hall with an audio and LED projection system, a spacious lounge attached to the President’s office, and sufficient working desks for the journalists, aided by internet network facilities.

In order to enhance the ambiance of the new office, the executive committee of the Shillong Press Club has engaged the artists of Riti Academy to provide relevant images for the conference hall with the motive to celebrate the Golden Jubilee of the Statehood of Meghalaya, the core committee of Shillong Press Club and Riti Academy conceived the idea of a purposeful tribute to the Hill State Movement leaders of the State.

In this respect, a group of eminent and aspiring artists was involved in creating unique artworks, comprising caricatures, illustrations, and tonal artworks of each respective personality of the Hill State Movement.

One segment of the wall was adorned by the first cabinet ministers of the new State of Meghalaya in 1972, which consists of Capt. Williamson A Sangma, Chief Minister, and other cabinet ministers, Mr. B B Lyngdoh, Edwinson Bareh, and S D D Nichols Roy.

The other segment has the caricatures of eminent dignitaries in the government who are significant people involved in the growth and progress of the State, like Prof Radhon Sing Lyngdoh, Martin N Majaw, P Ripple Kyndiah, and Peter G Marbaniang.