Tarun Tejpal was accused of sexually assaulting a colleague in 2013 on the sidelines of a conference at a five-star resort in Goa. 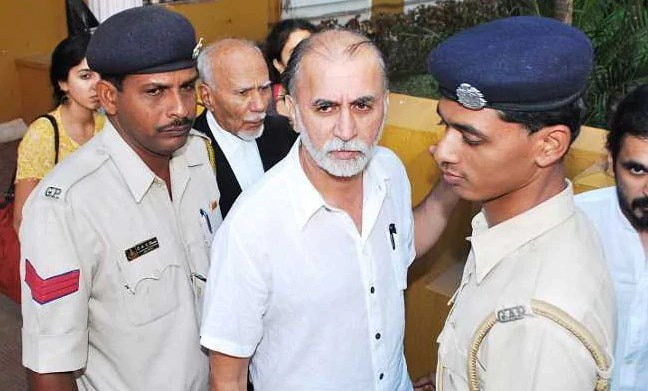 Panaji: A Goa court has acquitted Tarun Tejpal, the founder-editor of Tehelka magazine, of rape charges.

Tarun Tejpal was accused of sexually assaulting a colleague in 2013 on the sidelines of a conference at a five-star resort in Goa.

In 2017, the trial court had charged him with rape, sexual harassment, and wrongful confinement. Tarun Tejpal challenged the charges in the Supreme Court, which had ordered the trial in Goa to continue.

Tarun Tejpal’s daughter Cara Tejpal read out a statement on her father’s behalf, which said he was “falsely accused” of sexual assault. “It is with profound respect that I thank this court for its rigorous, impartial and fair trial and for its thorough examination of CCTV footage and other empirical material on record,” said Tejpal, thanking his lawyer Rajiv Gomes, who died of Covid, the NDTV  reported.

He also said: “The past seven -an-a-half years have been traumatic for my family as we have dealt with the catastrophic fallout of these false allegations on every aspect of our personal, professional and public lives.”

The sessions court in Goa was to declare its verdict on Wednesday but could not, citing “power failure” due to Cyclone Tauktae.

The verdict was previously delayed over various reasons including the coronavirus crisis.

The Tehelka allegations broke out when a series of emails in which the woman complained to her seniors at Tehelka and their response were leaked.

Tejpal stepped down as Tehelka Editor soon after, saying he was “recusing” himself for six months. He was arrested on in November 2013. He has been out on bail since May 2014.

In a 2,684-page chargesheet filed before the Goa fast-track court, the police had said there was enough evidence against him.

Tejpal had maintained that CCTV footage absolved him and had approached the Supreme Court after the Bombay High Court in 2017 dismissed his request to scrap the case.