The 2-1 win was India’s first-ever victory against Oman at the U-23 level. But the coach was not much willing to read into it. 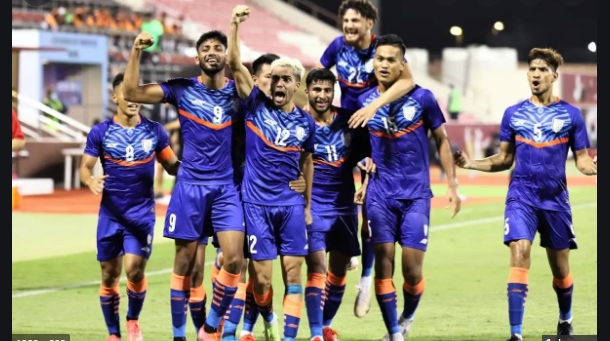 Dubai: India’s head coach Igor Stimac while thanking his boys’ teamwork and brilliance performance, which earned them a 2-1 triumph over high ranked (FIFA) Oman on Sunday night, the football strategist said their focus is now on the remaining AFC U-23 Qualifier matches in Dubai.

“The entire credit goes to the boys especially given the fact that they didn’t have much time to prepare for this. The togetherness they displayed on the pitch, and their tactical discipline makes me extremely happy. But this is just one game, and there are two more to go,” Igor Stimac stated.

The 2-1 win was India’s first-ever victory against Oman at the U-23 level. But the coach was not much willing to read into it.

“I have told my boys to forget this result. It’s always important how you leave a tournament, and not how you start it. We concentrate on the next game, and we go one by one,” Stimac added.

For the record, there are 20 players who have graduated from the Indian Arrows project into the squad of 23.

Striker Rahim Ali who converted India’s spot-kick early in the first half, maintained that “in such a match it’s hard to pick up a man of the match.”

“Can you pick up a Man of the match in such matches?” he queried. “You just can’t,” he continued. “

This is a brilliant team effort, and everyone contributed to the victory. We played as a team, and want to continue the trend.”

India will take on UAE (United Arab Emirates) on Wednesday and Kyrgyz Republic on Saturday.