Swapan Dasgupta has reportedly sent his resignation with the request that it be accepted by tomorrow. His term was till April 2022, NDTV reported. 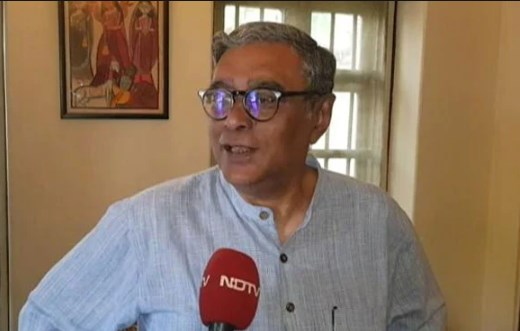 New Delhi: Columnist Swapan Dasgupta, a BJP candidate for the Bengal election, has resigned from the Rajya Sabha a day after the Trinamool Congress cited constitutional rules to say a nominated member of the upper house could not join a political party.

Swapan Dasgupta has reportedly sent his resignation with the request that it be accepted by tomorrow. His term was till April 2022, NDTV reported.

“I have a particular status in the Rajya Sabha as a presidential nominee. I am contesting this election as a BJP candidate from Tarakeshwar. Naturally, between two things, there are a lot of outstanding issues. The nomination process involves resolving all these. And all these issues will be resolved by the time I file my nomination. I haven’t yet filed my nomination. I hope to do so either on Thursday or on Friday,” Dasgupta told NDTV.

He did not respond to Trinamool Congress MP Mahua Moitra’s post on Monday. “I am not responding to anything. I am just saying that there are a lot of outstanding issues, a lot of clearances which we have to get from various institutions including parliament before you file your nomination. And all these will be secured before I file my nomination,” he repeated.

Mahua Moitra had tweeted that a nominated member of Rajya Sabha can be disqualified if the person joins a political party after six months from oath. She alleged that Dasgupta, who was nominated by former President Pranab Mukherjee in 2016, hasn’t declared his alliance with the BJP.

“Swapan Dasgupta is BJP candidate for WB polls. 10th Schedule of Constitution says nominated RS member to be disqualified if he joins any political party AFTER expiry of 6 months from oath. He was sworn in April 2016, remains unallied.  Must be disqualified NOW for joining BJP,” Moitra tweeted.

Constitutional rules say a nominated member of a House “shall be disqualified for being a member of the House if he joins any political party after the expiry of six months from the date on which he takes his seat after complying with the requirements of Article 99 or, as the case may be, Article 188”.

Dasgupta, a columnist and a political commentator, was named by the BJP as a candidate last week. Lok Sabha MPs Babul Supriyo, Locket Chatterjee were also named.