Chandra, 63, during his term in office, will oversee the conduct of polls in five states - Uttar Pradesh, Punjab, Goa, Uttarakhand and Manipur. 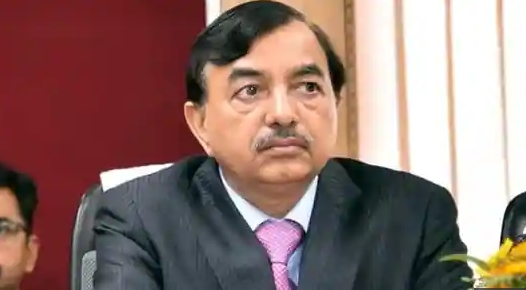 Chandra, 63, replaces Sunil Arora as India’s top poll official. During his term in office, he will oversee the conduct of polls in five states – Uttar Pradesh, Punjab, Goa, Uttarakhand and Manipur.

Before his two-year tenure as an Election Commissioner, Sushil Chandra was Chairman of the Central Board of Direct Taxes (CBDT) and, since his appointment, has worked on 10 state elections.

Chandra ascends to the Election Commission’s top post at a time when it is being fiercely criticised for failing to apply the rules evenly – to both the ruling BJP and opposition parties.

Bengal Chief Minister Mamata Banerjee – handed a 48-hour ban this evening by the outgoing CEC – has accused the poll body of ignoring transgressions by Prime Minister Narendra Modi and other senior BJP leaders as they campaign for the ongoing Assembly election in the state.

A defiant Banerjee, who has rejected the Commission’s allegations that she sought votes on communal grounds, asked why complaints had not been filed against those who made polarising references to a “mini-Pakistan” while campaigning in the high-profile Nandigram constituency.

Congress leader Rahul Gandhi last week unleashed a two-word tweet amid a dual controversy in the Assam election – over officials transporting an EVM in a BJP candidate’s car, and the last-minute halving of a ban on Assam minister and senior BJP leader Himanta Biswa Sarma.

Sunil Arora, 64, the outgoing CEC, most notably oversaw the conduct of the 2019 Lok Sabha election and the Bihar Assembly election in October and November last year – which was the first major electoral exercise amid the coronavirus pandemic. With agency inputs