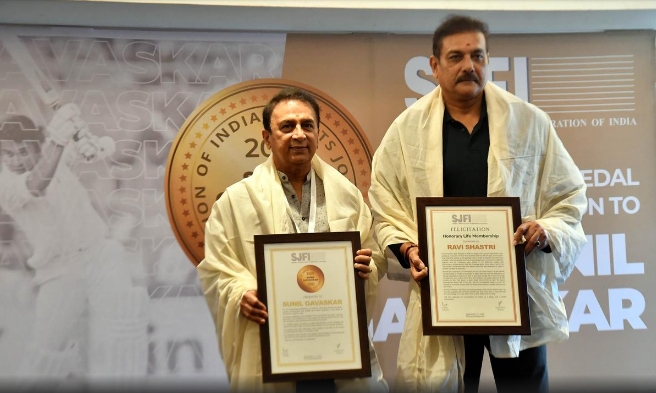 Thiruvananthapuram: Legendary cricketer Sunil Gavaskar has been awarded the gold medal of the Sports Journalists Federation of India (SJFI) at a function here on Tuesday.

A citation and honorary life membership of SJFI were also awarded. The event was presided over by SJFI All India President and senior journalist A. Vinod.

Sunil Gavaskar said the contribution of journalists to his rise as a cricketer is immeasurable at a time when sports were gaining importance in society.

He also said media, sports personalities, and authorities should work together and it will take the sport to new heights.

Even when there was no television, it was print media that established his name in the minds of the people. He recalled that he couldn’t sleep the night his name appeared in the newspaper for the first time.