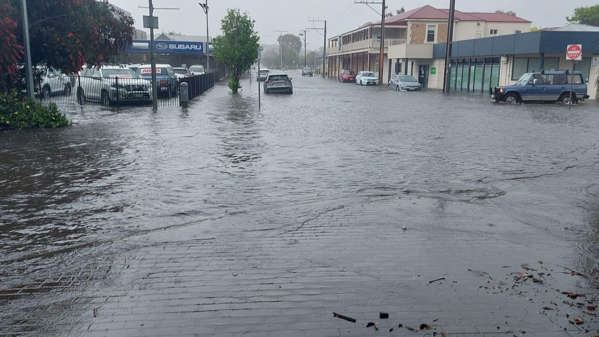 Canberra: Tens of thousands of people in the Australian state of South Australia (SA) have been left without electricity after a severe thunderstorm hit the state.

As of Sunday morning, there were about 76,000 SA Power customers without electricity, with some areas advised they will have to wait until Monday until service is restored.

The state emergency service (SES) received more than 1,000 calls for assistance between Saturday and Sunday morning.

A “mini cyclone” was reported to have hit the Adelaide Hills, knocking down trees and damaging houses.

Resident Kristen Stevens, 33, said she returned home to find a 30-meter-tall tree had fallen on her neighbor’s car. “I was pretty shocked – I didn’t think it was going to be anywhere near as bad as it is,” she told News Corp Australia.

“The neighbor’s car is almost cut in half. I’ve never seen a storm like it, it’s definitely the worst storm I’ve experienced,” she said.

The hills and Adelaide’s southern suburbs were hit hardest by the storm, which forced the cancellation of a music festival and delays to sports events.

In the town of Middleton on SA’s south coast flash flooding inundated businesses and homes after the creek burst its banks at approximately 5:00 pm local time.

The weather was expected to ease on Sunday, with Adelaide, capital city of SA, forecast to receive about 10 mm of rain.