The Chief Minister urged the people of Churachandpur to get ready for the State’s extravaganza Sangai Festival which will be celebrated this month. 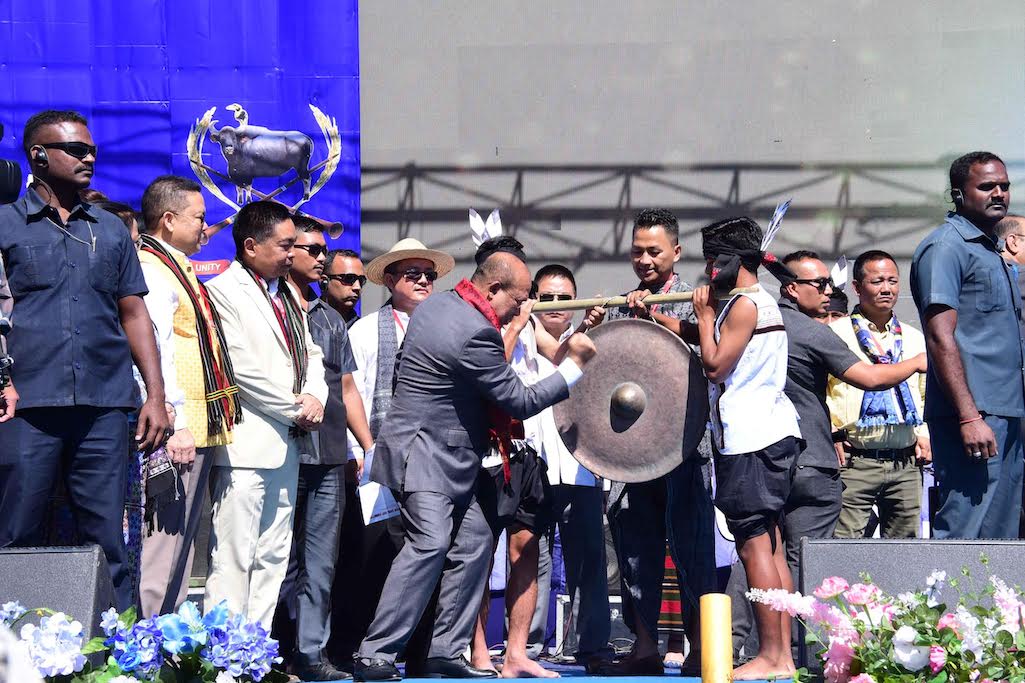 Speaking on the occasion, N. Biren Singh greeted the people on the auspicious occasion of Kut. He continued that considering the difficulties faced by people from districts like Chandel, Kangpokpi and Churachandpur in attending the State Level Kut Celebration organised at Imphal, the Government had decided to take the celebration to other districts too.

Before the COVID-19 pandemic, it was held in Kangpokpi, he said, adding that this year it is being celebrated in Churachandpur.

Mentioning that Manipur comprises more than 30 smaller communities, the Chief Minister urged the people of Churachandpur to get ready for the State’s extravaganza Sangai Festival which will be celebrated this month.

This year, various events will be held as part of Sangai Festival at places like Khoupum and Behiang in Churachandpur, where the Chivu Chandrakirti Memorial Park was inaugurated, the Chief Minister stated. Sangai Festival will not be confined to only Imphal, he asserted, further appealing to all to join in celebrating the festival.

Stating that festivals like Kut bring the people together, the Chief Minister lauded all the participants from different communities and the festival organisers. He further appealed to all to continue living together in peace, with mutual respect in a brotherly manner and bring equal and inclusive development.

Highlighting the recent initiative to develop the Henglep road with a budget for about Rs. 130 crores, the Chief Minister reiterated that the present Government will take development to all corners of the State. He spoke on the plan of developing Behiang as a commercial hub like Moreh.

CM Biren Singh said that the people can bring any issue of discontentment before the Government through their representatives or to him directly. He further announced to provide the required fund of Rs. 1.5 crore for completion of the stadium at the Peace Ground, Churachandpur adding that sports is necessary for a healthy society.

The Chief Minister concluded his speech with a call for peaceful co-existence as citizens of Manipur and India.

Delivering her presidential speech, Commerce and Industry Minister, Nemcha Kipgen stated that Kut is the biggest and the most popular festival of the chin-kuki-mizo tribes. She added that the festival is a post-harvest thanksgiving festival to the almighty god for the abundant blessings of good harvest.

She continued that over the years, celebrations of the Kut had become even more important, relevant, and meaningful as it promotes the essence of brotherhood among different communities. She expressed hopefulness that the Kut festival will be a harbinger of good tidings for all of us.

Member of Parliament, Rajya Sabha Maharaja Leishemba Sanajaoba, while addressing the gathering, stated that Kut is a beautiful festival where we offer thanksgiving to the Almighty for a good harvest.

He lauded the theme of the Kut 2022 which is “Unity through culture” and added that Manipur is a State where people from different communities with their own ways of life, culture, religion, and tradition live together. He further appealed to all to continue living together in peace and with unity and to bring development to Manipur.

During the programme, cultural dances by cultural troupes of different tribes were also showcased. Miss Kut Contest 2022 was also the main highlight of the programme.

Later, Biren Singh visited INA Complex at Moirang and the site at Moirang Khunou where the Sangai Ethnic Park is being constructed and took stock of the ongoing construction work. He further visited Loktak Lake and inspected the area.