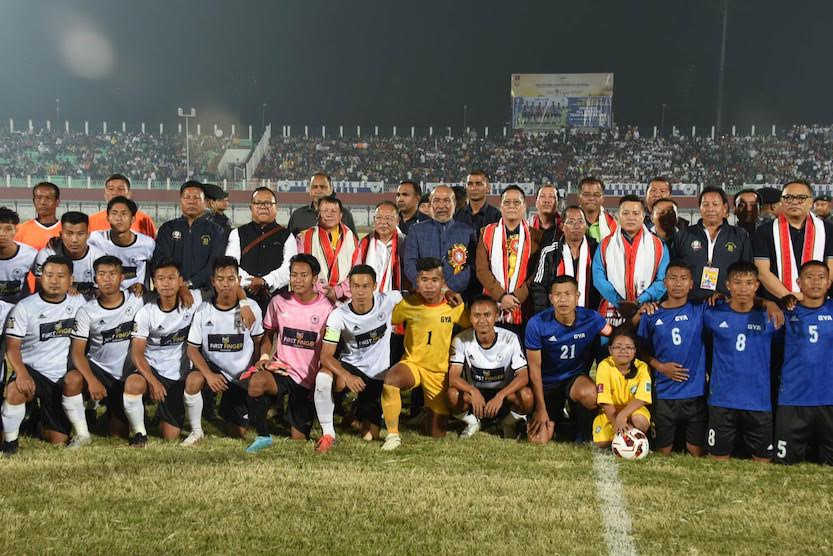 Imphal: Chief Minister N. Biren Singh has said that sports can unite people and communities as it has no religion, caste and creed.

Speaking at the closing ceremony of the 13th Jadonang Memorial Football Tournament held at Main Stadium, Khuman Lampak Saturday evening, the Chief Minister said we must pay our respect to our great forefathers who had sacrificed their lives for the country and should not forget their selfless sacrifices.

Recognizing the valour of Rani Gaidinliu, the Central government has commissioned a ship named “Rani Gaidinliu”, said Biren, adding that his  government is making all efforts towards developing memorial parks in the name of our freedom fighters.

Mentioning that there is a strong sports movement in the State, N. Biren Singh said the government is developing Astroturf football grounds in Tamenglong, 21 playgrounds in Tamei area, 3 grounds in Oklong, Senapati among others.

Earlier in the day, the Chief Minister also inspected the construction work of Amusement Work at Thenggu Chingjin.